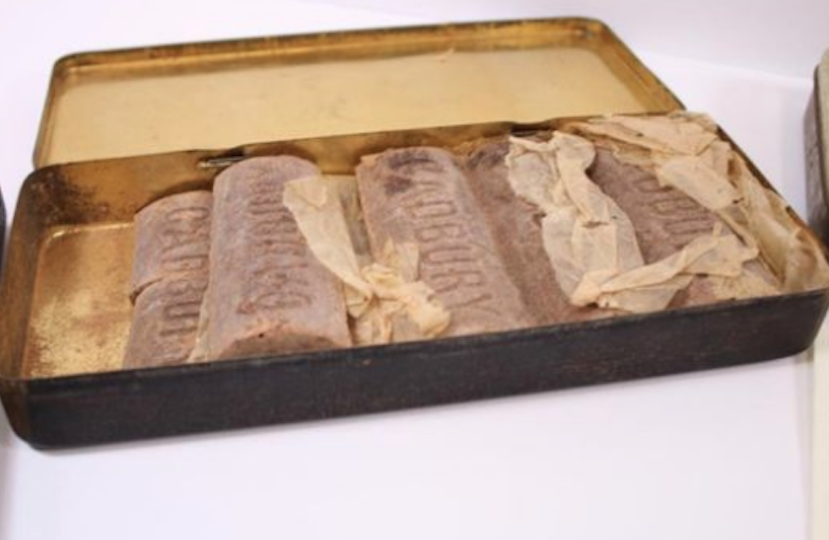 A WW1 Cadbury chocolate tin sent to a British soldier on the western front realised £3,050 ($4,093) at Eddisons CJM auctioneers this week.

That’s a big increase on the lot’s £2,000 ($2,680) estimate. The tin is marked “THE GIFT OF THE COLONIES OF TRINIDAD.GRENADA & ST. LUCIA” and was one of hundreds of thousands shipped to the troops in the Christmas of 1914.

Incredibly, only one of the chocolates is missing. The box belonged to Corporal Richard Bullimore of the Royal Leicestershire Regiment.

Bullimore had left the army in 1909 to take up a career with the police. He was one of the 145,350 retired reservists who were called to arms once the balloon went up in 1914.

Auctioneer Paul Cooper explained prior to the sale: “The colonies chocolate was sent to troops in that first winter of the war. Trinidad, Grenada and St Lucia provided the cocoa.

“Cadbury’s made the chocolate bars and the tin was made by Barringer Wallis and Manners of Mansfield, one of the world’s leading manufacturers of decorative tinware. Even the tin is rare but to find the chocolate still inside is just unreal.

“The chocolate actually looks in surprisingly good shape, although I have to admit that I wouldn’t be tempted to give it a go, even if the experts say that chocolate seldom becomes dangerous over time – it just loses its flavour and texture. That said, they probably did not have century-old bars of the stuff in mind!”

Corporal Bullimore wasn’t the only soldier to keep his chocolate all through the war. Originally designed as a morale boost, for many these tins became talismans that symbolised life at home. 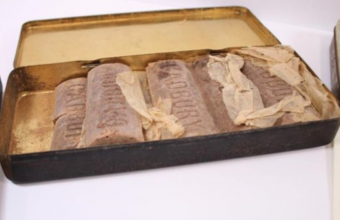