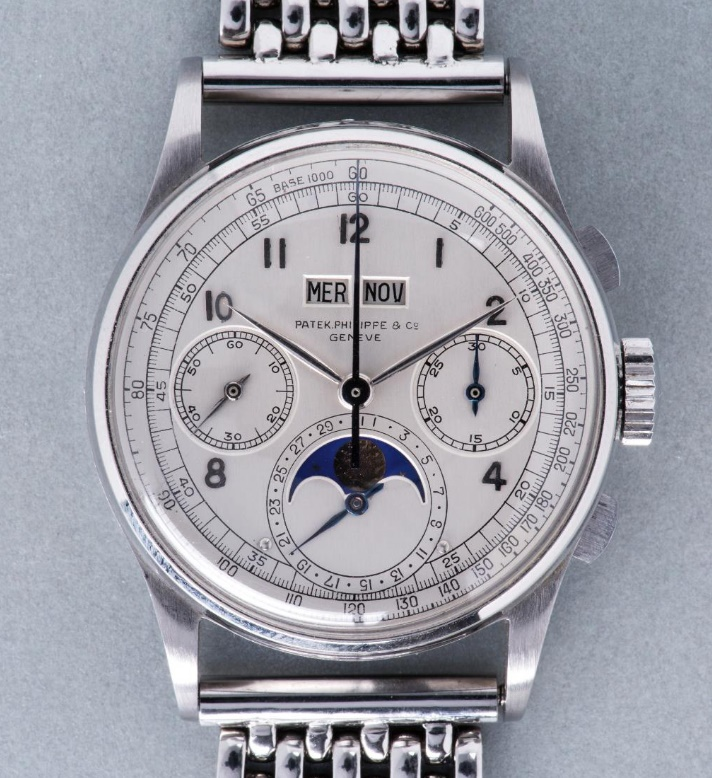 A vintage Patek Philippe watch has become the world’s most valuable wristwatch, after it sold for more than $11 million in Geneva.
Made in 1943, the Ref. 1518 stainless steel perpetual calendar chronograph wristwatch is regarded as amongst the most important vintage watches in the world.

Launched in 1941, the Patek Philippe Ref. 1518 was the world’s first perpetual chronograph wristwatch to ever be produced in a series – a tour-de-force of precision watch making that would set the standard for decades to come.

During its 14-year production run, approximately 281 Ref. 1518 watches were produced, with the majority encased in yellow gold. Rarer were those produced in pink gold, with less than 60 believed to exist, and today they are regarded as amongst the most sought-after vintage timepieces in the world.

However, the company also produced an even rarer version in stainless steel – so rare, in fact that the Patek Philippe Museum in Geneva itself does not own one.

With just four examples known to exist, the stainless steel Ref. 1518 had been described as "the ne plus ultra of collectible watches".

The majority of complicated Patek Philippe watches were produced in gold and platinum cases, but occasionally stainless steel examples were commissioned by professionals such as doctors or engineers, who required something a little more resilient.

It was not until the 1970s that the company began to produce stainless steel watches in significant numbers, and early examples are regarded as historically significant by horologists and connoisseur collectors alike.

Of the four steel Ref. 1518 watches produced, the example offered at Phillips was the last to be discovered, and the last to be offered for public sale, with more than a decade passing since one hit the auction block.

With the other three locked up in long-term private collections, the sale offered a ‘once in a lifetime’ opportunity to acquire what the auction house described as "quite possibly one, if not the most beautiful and important stainless steel wristwatch ever made by Patek Philippe".

It was an opportunity that one bidder grabbed with both hands. In front of a packed Geneva sale room, the watch sold for CHF 11 million (US$11,030,609) – setting a new world record auction price for any wristwatch, and smashing the previous top price of $7.3 million).