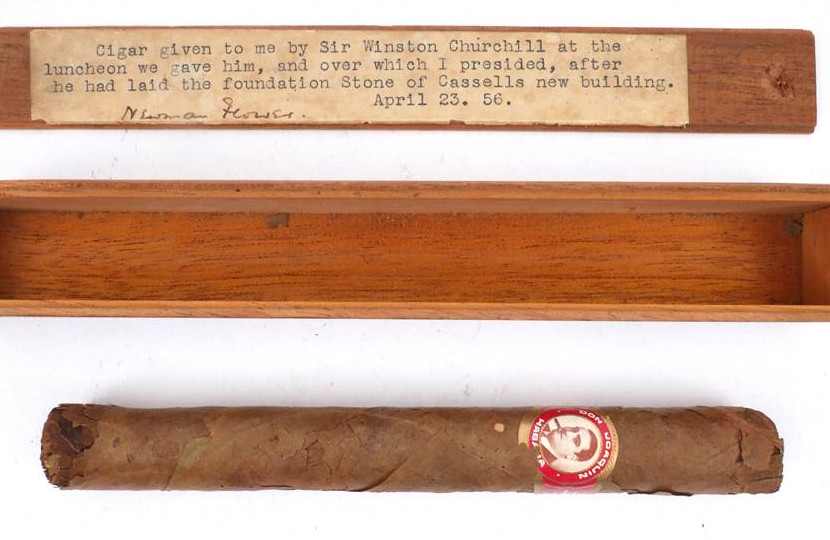 Whyte’s May 5 Eclectic Collector auction in Dublin will feature a fascinating selection of pieces, including a Winston Churchill cigar valued at $1,218-1,827.
Churchill gave the cigar as a gift to his publisher Sir Walter Newman Flower. A label on the presentation box reads: “Cigar given to me by Sir Winston Churchill at the luncheon we gave him, and over which I presided, after he laid the foundation Stone of Cassells (sic) new building. April 23. 56.”

Flower was the head of Cassell &amp; Co and commissioned Churchill’s weighty four-volume A History of the English-Speaking Peoples.

In thanks, Churchill promised Flower his account of the second world war. A huge bestseller, it led to Churchill receiving the Nobel Prize for Literature (and Cassell building a fancy new office in Holborn).

Last year a cigar Churchill stubbed out before getting on a plane at Le Bourget airfield in Paris in 1947 sold for a record $12,000.&nbsp;Cigars are extremely popular collector’s items as they were a huge part of Churchill’s image. He was rarely seen in public without a stogie.

There’s also a series of items relating to the Troubles, including a Royal Ulster Constabulary (RUC) riot helmet and gas mask worn during the 1969 Battle of the Bogside. It’s expected to bring $243-365.

Bogside is a majority Catholic area in Derry, Northern Ireland. In the summer of 1969 it become one of the flashpoints in the conflict when it exploded into a three day riot – with Bogside residents fighting against Unionists and the RUC. The riots only ended when the British Army were brought in. At this early stage the Army was viewed by Catholic leaders as a neutral agency, although the relationship unravelled quickly over the following year. 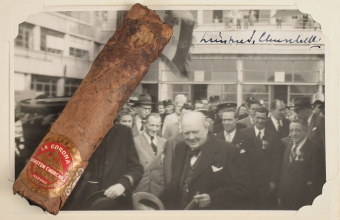