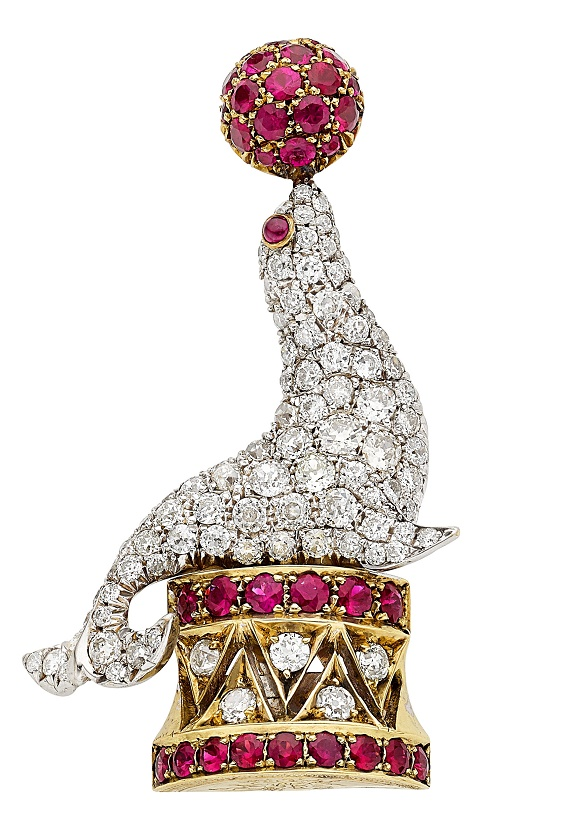 The latest Heritage Auctions Fine Jewelry sale saw a sparkling selection of colourful stones cross the block in New York.
The auction fetched a total of more than $3.6 million, with eager bidders snapping up diamonds, rubies and rubies and sapphires.

"The market wants color and large stones," said Jill Burgum, Senior Director of Fine Jewelry at Heritage Auctions. "We were delighted to offer both across a broad spectrum of color and clarity, in one of the largest auctions we’ve ever held."

Leading the sale was a pair of spectacular diamond and platinum rings which sold together for $150,000, followed by a large brilliant cut gentleman’s diamond ring weighing 11.02 carats, which sold for $93,750 against a top estimate of $60,000.

Although rings attracted the highest bids of the evening, one of the standout lots was a Colombian emerald, diamond, mother-of-pearl and gold necklace, featuring an emerald-cut emerald weighing approximately 29.20 carats, which sold for $40,000.

Further notable pieces included an Oscar Heyman Bros. diamond, ruby, sapphire and platinum brooch in the shape of the U.S Stars and Stripes flag, which sold for $22,500; a moonstone, diamond and white gold necklace which fetched $25,000; and a large, un-mounted pear-shaped diamond weighing 4.64 carats which realized $30,000.

The sale also featured a variety of colourful, playful items for animal lovers, including a ruby, diamond and gold brooch in the form of a Cockatoo, which sold for $16,250; an opal, emerald, diamond, gold brooch in the form of a leaping fish, also by Oscar Heyman Bros., which fetched $15,000; and a delightful diamond, ruby and gold brooch by Tiffany & Co., depicting a seal balancing a ball on its nose, which realized $12,500.