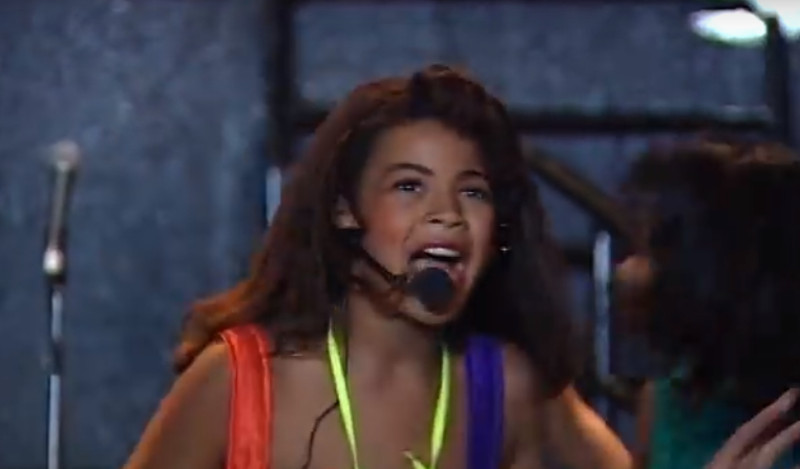 Never before seen footage of 21st century pop icon Beyonce is selling at British auction house Ted Owen on March 13.
The collection consists of 19 videotapes featuring footage of the star in 1992, aged 10, performing with her group Girls Tyme at the BMI New Music Showcase in San Francisco.

There’s also footage of rehearsals, outtakes and a performance in a mall with LaTavia Roberson – with whom Beyonce would form Destiny’s Child in 1996 along with Kelly Rowland.

The videos, which were shot for a pair of music videos, capture Beyonce’s natural vocal talent and stage presence.

Girls Tyme were primed for stardom. They worked with producer Arne Frager, who suggested they enter TV talent show Star Search in 1993.

They ended up losing out to a rock group called Skeleton Crew. (Beyonce actually references this moment in the song "***Flawless" from her 2013 self-titled record, playing a short clip from the show at the beginning.)

However, this was far from the end.

Over the next three years, Beyonce’s father, Matthew, quit his job to manage the band. All their hard work paid off in 1996, when they signed a deal with Columbia.

The videos include performances of four unreleased songs: “Talkin’ Bout My Baby”, “Sunshine”, “Say It Ain’t So” and “Sweet Young Tender”.

The unedited tapes are sold with the copyright, meaning the buyer can publicly broadcast or sell the footage on. This is likely to give the price a significant boost, especially given Beyonce’s huge global audience.