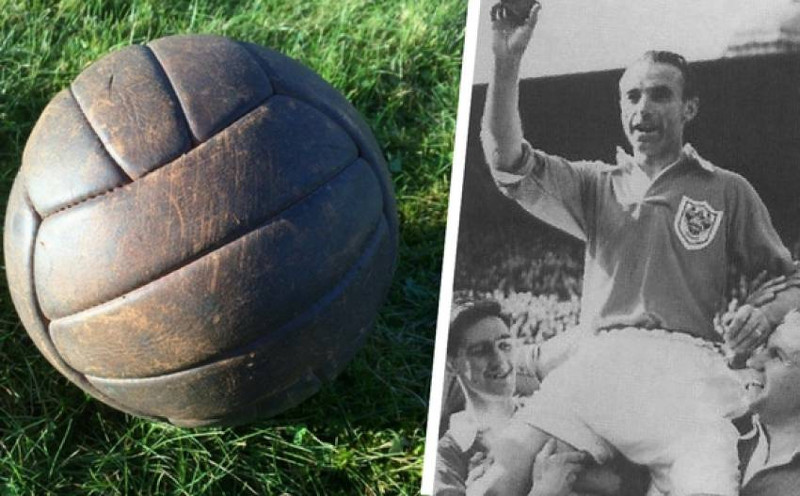 The original ball used in the 1953 FA Cup Final, forever after known as the Matthews Final, has sold for £5,250 ($7,334) at Hansons Auctioneers.
Blackpool won 4-3 against rivals Bolton Wanderers. The game is named for Stanley Matthews, a Blackpool winger and one of the oldest players ever to play in the top flight of English football.

At the time of the final Matthews was 38, well above the normal retirement age. That proved no impediment on his ability to deftly manipulate the ball. Matthews’ nickname for much of his career was “the wizard”, a reference to his superior dribbling ability.

He gave a sterling performance that day, setting up teammate Stan Mortensen for a hat trick. It would be Matthews’ only major trophy.

Mortensen was awarded the ball after the game. In 1989, he donated it for a charity raffle in Blackpool.

Consignor Chris Cook explained: “The football was won in a charity raffle by a waitress, who gave the football to her brother who lived in Sutton, London. When his power failed at home one Christmas Day, he called his electrician, Tom Brown, to fix it.

“Tom knew about the football and its pedigree and joked about it being given as payment for coming out on Christmas Day. After fixing the electrics, he was given the football as a thank-you. Tom was a great friend of my father-in-law, Harry Keith Simmons, and the ball was eventually passed down to me in 2007.”