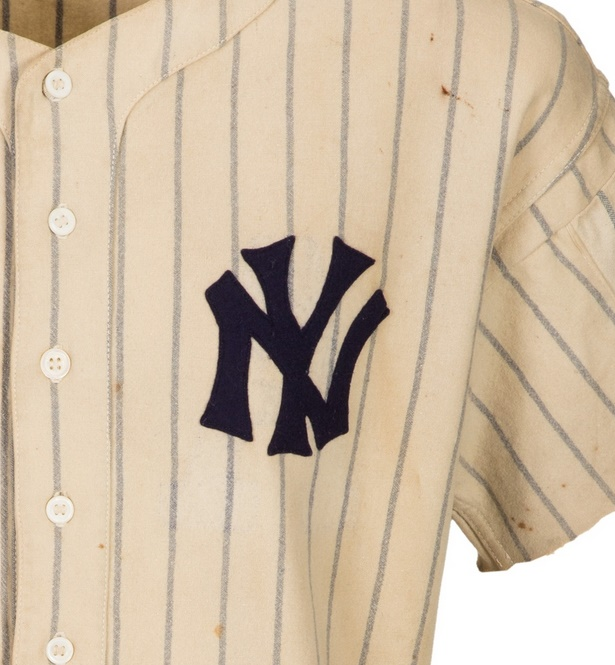 New York Yankees fans are in for a treat next month, as a treasure trove of rare memorabilia heads for the hammer at Heritage Auctions.
The company’s Platinum Night sale on August 19-20 will include items from legendary players such as Babe Ruth, Lou Gehrig, Joe DiMaggio, Mickey Mantle and Roger Maris.

Almost 600 lots will cross the block during the two-day auction, which is expected to achieve a result of more than $10 million.

"The Yankees typically figure pretty heavily in all of our Platinum Night events," said Chris Ivy, Director of Heritage Sports Collectibles, "but this might be the most significant single compilation we’ve presented to date."

Leading the line-up is a Babe Ruth bat from his first season with the Yankees in 1920, regarded as one of the most important bats in private hands.

The Hillerich & Bradsby bat is believed to be one of Ruth’s favourites from his landmark season in New York, during which he hit a record 54 home runs and effectively changed the game forever.

Following WWII, the bat spent years touring the U.S as part of the Louisville Slugger travelling exhibition, and is now expected to sell for more than $400,000.

Another stellar lot is an original pinstripe jersey from Ruth’s team-mate Lou Gehrig, worn during the Yankees’ 1937 World Championship season, which comes with an estimate of $800,000+.

And the official contract which signed Gehrig to the Yankees permanently in 1924, regarded as one of the most important contracts in baseball history, is up for sale with a price tag of more than $500,000. 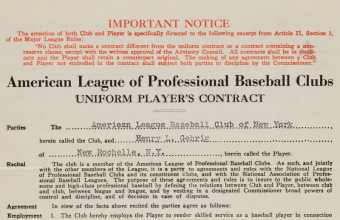