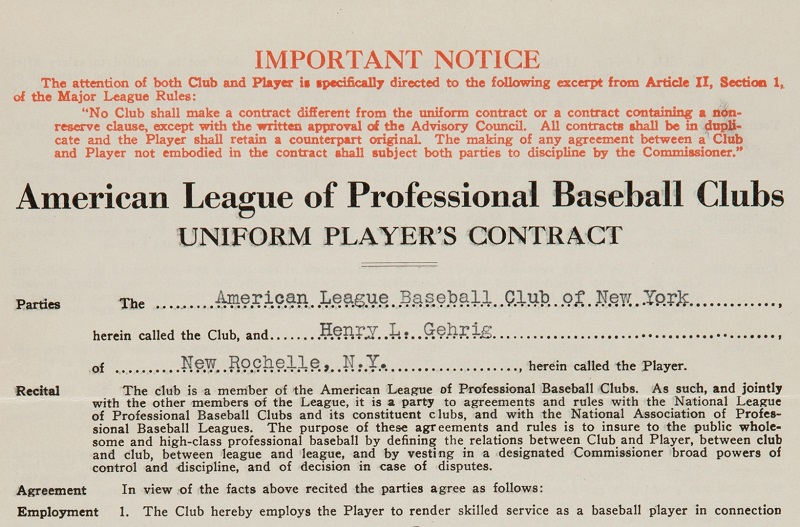 A sale celebrating the New York Yankees has realized $3.8 million at Heritage Auctions, topping off a remarkable month for the Dallas auction house.
The sale offered a wealth of memorabilia from baseball’s most decorated team, including historic documents, signed baseballs and game-used bats.

Leading the sale was a Lou Gehrig signed New York Yankees player’s contract, which sold for $216,000.

The document dated from 1931, the year in which the Iron Horse delivered perhaps the finest season of his career.

Another vital document from Yankees history was the original 1992 scouting report on Derek Jeter, who went on to become one of the greatest players to pull on the pinstripes.

The document that sparked one of the greatest careers in MLB history sold for $102,000, a sum that could seem a bargain in decades to come.

The auction was part of a three-sale series at Heritage, which achieved an overall total of $17.4 million.

"This has been the busiest period in our history," said Chris Ivy, director of Sports Collectibles at Heritage Auctions.

"It’s gratifying to see all that hard work pay off. To see confirmation that the market can absorb this high volume of elite material." 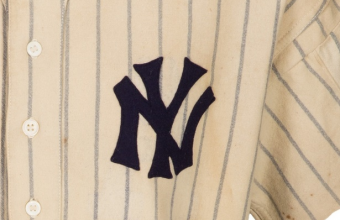