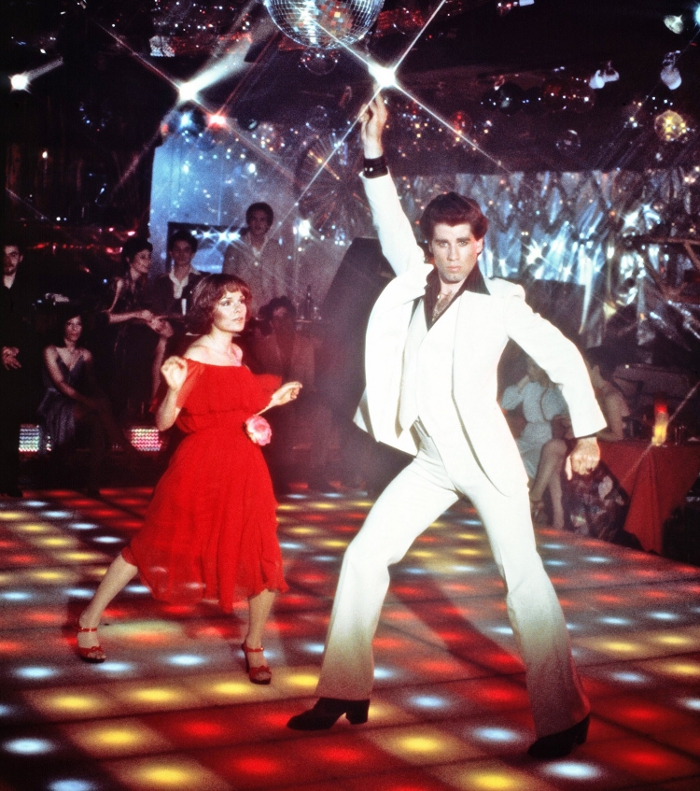 The original disco dance floor from Saturday Night Fever is up for sale this month, with a price tag of over $1 million.
The illuminating floor from the classic film is one of the star lots in a sale of movie memorabilia at Profiles in History in California on June 27.

Upon its release in 1977, Saturday Night Fever was a cultural phenomenon to rival Star Wars, and marked the peak of the disco era.

It was based on a New York magazine article entitled ‘Tribal Rites of the New Saturday Night’, which told the story of how young working-class Brooklynites escaped reality on the disco dance floor every weekend.

As both critically acclaimed and a commercial hit, the film made an international star of John Travolta, and the accompanying soundtrack album by the Bee Gees spawned four #1 singles and sold more than 15 million copies in the U.S alone.

The film was originally shot in location in Brooklyn, with much of the action taking place at the local 2001 Odyssey dance club.

Director John Badham and the production team spent $15,000 – a large chunk of the film’s budget – constructing the special dance floor, which would light up rhythmically in time with the music.

During production, Travolta insisted that his dance sequences be filmed in wide shots, so the audience knew it was really him dancing and not a body double.

Subsequently, the illuminating floor was the major backdrop to the film’s most famous scenes, filling the frame and becoming as iconic as Travolta’s white suit or the Bee Gees’ classic songs.

After the film had finished shooting, the dance floor remained in place at the 2001 Odyssey club, and for almost 30 years Brooklynites danced the night away on the same floor, before the club finally closed its doors in 2005.

Scuffed from a thousand pairs of dancing shoes, but still in good working order, the dance floor remains one of the most famous movie props of the past 50 years.

"This legendary dance floor has since become an important icon of pop culture, an instantly recognizable set piece that will forever be linked with one of the greatest dance performances in film history," said the auction house.

So if you feel like dancing, and you’ve got a cool $1 million to spare, now’s your chance to strut your stuff like Travolta.

Just remember to get your white suit pressed first.