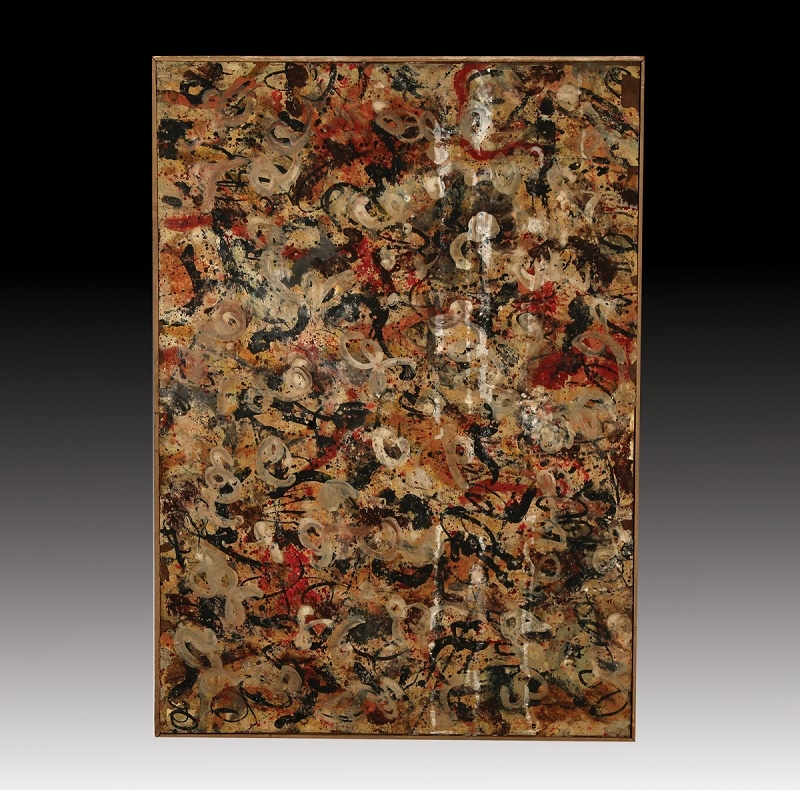 A lost Jackson Pollock painting could sell for more than $10 million, after being discovered during a house clearance in Arizona.

The work is untitled, unsigned and undated – yet respected auctioneer Josh Levine believes it to be the real deal.

Having spent thousands of dollars of his own money on forensic experts, art historians and private detectives, Levine is now ready to stake his reputation on the painting’s authenticity.

“I’ve spent hundreds of hours researching how this Pollock could end up here in Arizona, and I am confident that this is an original Pollock,” said Levine, owner and CEO of J. Levine Auction & Appraisal.

Levine was originally called in to value sports memorabilia for the consignor, a resident at an Arizona retirement community.

Instead he discovered a treasure trove of 20th century art, including the abstract work he believes is a genuine Pollock painting.

“Interestingly, this estate first came to our attention when we were contacted to take a look at a signed 1992 L.A. Lakers poster. We ended up signing a contract to auction the contents of the estate, and that’s when we found many of the paintings stored away.”

The collection also included paintings by Kenneth Noland, Jules Olitski, Hazel Guggenheim McKinley and Cora Kelley Ward, all of which have since been authenticated and sold at auction.

But it was mystery behind the unsigned abstract work bearing all the hallmarks of Jackson’s Pollock’s genius that Levine was determined to unravel.

He discovered that the owner had inherited the paintings from his half-sister, Jenifer Gordon (Cosgriff), whose lifelong friend was the renowned art critic Clement Greenberg, an early champion of Pollock’s work.

“I found Jenifer’s life story quite fascinating and began traveling down a wormhole of sorts as I read about past art shows and parties she attended, and read memoirs of Clement Greenberg’s wife,” said Levine.

“Clement was known to have nurtured Pollock and other abstract artists of that era. I spent time on the phone interviewing artist Barbara McKay, who was friends with both Jenifer and Clement. I reviewed the letters of Hazel Guggenheim McKinley, Peggy Guggenheim’s sister. I found a lot of written material linking Jenifer to New York’s art scene and Pollock’s social circles.”

Having established a strong historic provenance, Levine then called in forensic art experts to examine the painting. Their subsequent report stated:

“…the dating of the painting to the mid-twentieth century is well established as no pigments or binding media introduced in the late 1950s and 1960s have been detected. Furthermore, the artist’s working materials and painting technique are illuminated.”

“The forensic report really just reaffirmed what I already believed to be true based on the provenance,” Levine said.

“Based on their work and findings, I believe this painting was one of Pollock’s missing gouaches in his catalogue raisonné or from the period of 1945 to 1949.”

Whether Levine’s extensive research into the painting is enough to convince collectors remains to be seen.

The PollockKrasner Foundation refuses to officially authenticate Jackson Pollock works, and several paintings have caused public disputes between experts over the years.

But for Levine, the remarkable discovery of what could be a $10 million masterpiece, and the effort to solve the mystery behind it, has been a rewarding experience in itself.

“It just doesn’t get any better than that,” he told the Arizona Republic. “I’m almost sad that these past 18 months of research are going to be over.”

“The owner of the painting had no idea what he had. He said to me, ‘I didn’t even know who he (Pollock) was until you told me about him.'”

The painting will hit the auction block in Scottsdale on June 20. 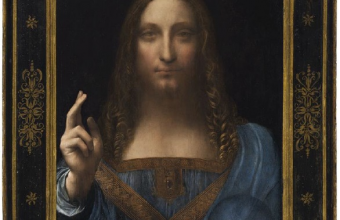 Lost Leonardo Da Vinci masterpiece to sell for over $100 million