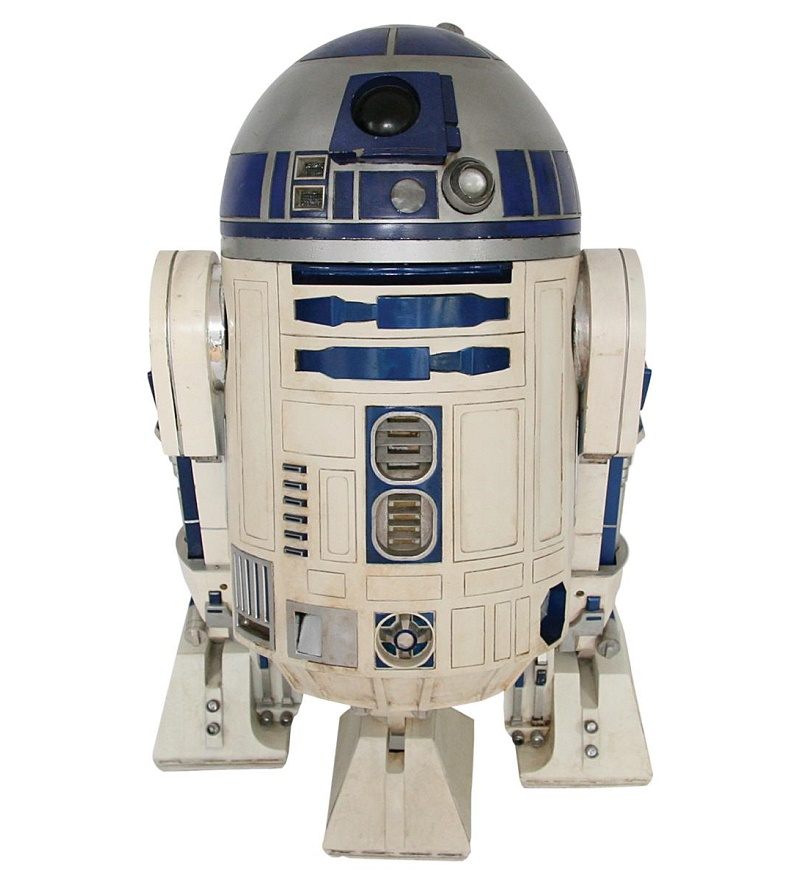 A very special R2-D2 robot could sell for up to $2 million when it comes up for auction in California this month.
The company has described the robot as "without question, the finest piece ever offered from this incredible franchise", and are hoping to achieve a record price when he rolls onto the auction block on June 28.

The R2-D2 unit was built over many years by a dedicated enthusiast, who sourced production-made parts from five of the Star Wars movies.

Each of these pieces was either used extensively on-screen or made by the effects team, making this the closest private collectors will ever get to a completely original, screen-used R2-D2.

The main dome of the unit was used on-screen throughout the original trilogy, and is the only example in private hands which was operated in the original 1977 film by actor Kenny Baker.

The left and right legs were built for The Empire Strikes Back, and retain their original paint from both that film and Return of the Jedi; the left and middle feet were used in the first three films, and the right was made for Episode 1: The Phantom Menace; and the main body barrel was also built by the Episode 1 production team, before being repainted and detailed to create this R2 unit.

Another star lot in the sale is Luke Skywalker’s screen-used light saber, used by Mark Hamill in both Star Wars and The Empire Strikes Back.

Constructed using a 1930s Graflex camera flashgun, the weapon originates from the personal collection of movie producer Gary Kurtz, and is expected to sell for $150,000 – $250,000.

And collectors will also have the chance to bid on a stop-motion Taun Taun puppet, used on-screen in The Empire Strikes Back.

This highly detailed model is ridden by a miniature Luke Skywalker, and appeared extensively as Luke rode across the frozen landscape of Hoth.