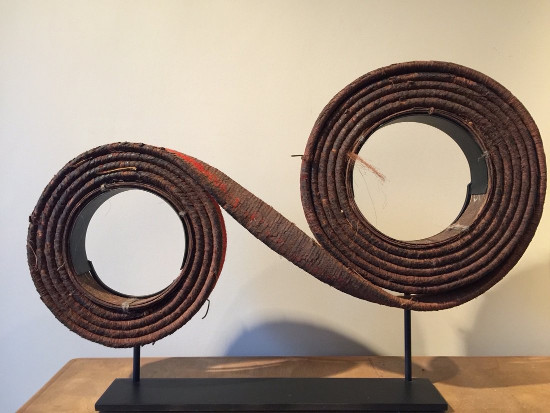 A Tevau feather money roll produced on Santa Cruz Island in the Solomon Island archipelago during the early 20th century will cross the block at Ancient Artefacts in Berlin on March 20.
The lot is made from a combination of bark and feathers from the scarlet honey eater bird. It was used primarily as a form of currency for important ceremonial events, like marriages.

The present lot is around 80cm long and 5cm wide. It comes from the collection of Nicolai Michoutouchkine, a Russian painter who co-founded the Museum of Oceanic Art on Vanuatu.

A Korwar ancestor figurine made on Indonesia’s Rajah Ampat islands is also on offer with a valuation of $823-1,097.

The lot dates to end of the 19th century. Such figures represented ancestors and were used in various ceremonies and rituals and are often found in caves around the islands.

The lot stands at around 69cm tall and was formerly part of a Belgian collection.

The sale will feature a wealth of other artefacts from around the world, from south America to east Asia.