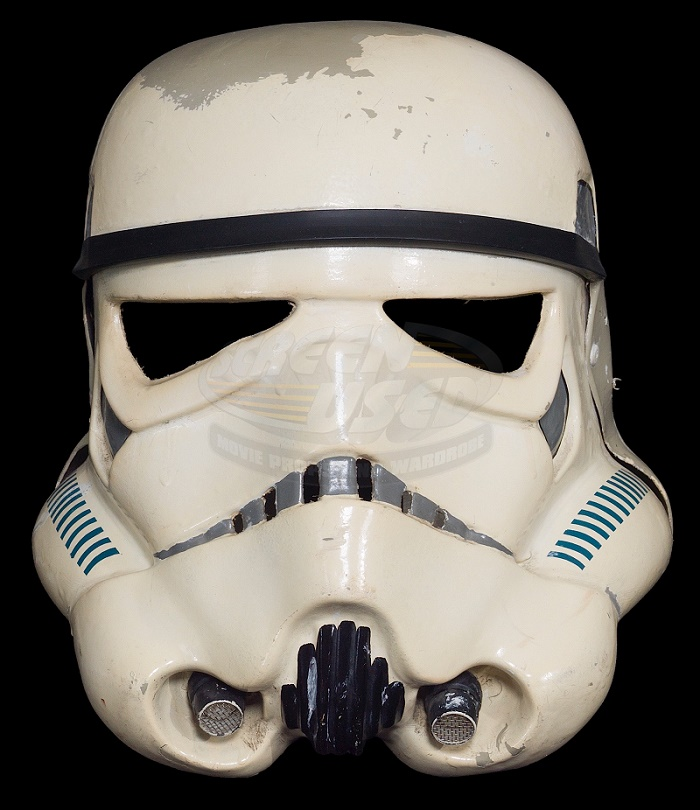 An original Imperial Stormtrooper helmet from Star Wars is heading for auction at the Silicon Valley Comic-Con.
The rare helmet, which is described as "an incredible museum worthy artefact", will lead an auction of movie memorabilia hosted by specialists Screen-Used.

The helmet is one of the originals worn during location filming in the Tunisian desert, which doubled for Luke Skywalker’s home planet of Tatooine.

The production team made seven helmets for these scenes, filmed in March 1976, which are now known to collectors as the ‘Sandtrooper’ helmets.

Just two remain in private hands, including the example up for sale at Screen-Used, which was rescued from the trash by a crew member after filming had ended and stored away for 30 years.

Not only is the helmet highly rare, but it comes with impeccable provenance, having been positively matched to a specific on-screen Stormtrooper.

Unique markings on the helmet show that it was worn by the Stormtrooper that questions the bartender at the Mos Eisley Cantina; speaks to the informant Garinden; orders his squad to Docking Bay 94; and yells "Stop that ship! Blast Them!" as they try to prevent our heroes escaping on the Millennium Falcon.

Due to their rarity, screen-worn Star Wars helmets are amongst the most valuable and sought-after pieces of memorabilia from the original trilogy of films.

The current auction record for a Star Wars helmet was set in 2016, when one of only 12 screen-worn Imperial TIE fighter pilot helmets soared past its estimate of $85,000 to sell at the Prop Store for $280,320.

Previous notable sales have included an even rarer Imperial Snowtrooper helmet worn in The Empire Strikes Back, which fetched $276,750 at Profiles in History; and a MK II-style Imperial Stormtrooper helmet designed for the same film, which sold at the Prop Store in 2015 for $99,400.

The Stormtrooper helmet offered at Screen-Used comes with a pre-sale estimate of $70,000+, but if past sales are anything to go by, its recognisable provenance could see it fetch a far higher figure.

The auction will take place on April 23, as part of the two-day Silicon Valley Comic Con at the San Jose Convention Center.