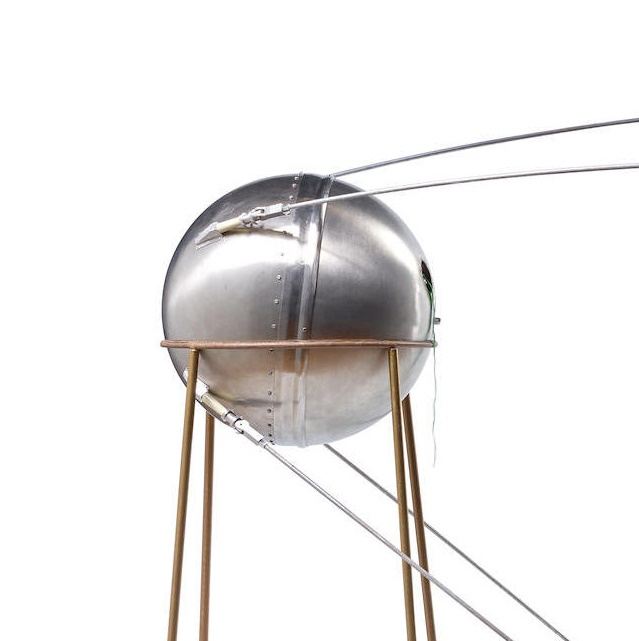 An original test model of the world’s first satellite Sputnik-1 has sold for more than five times its estimate in New York.
The model crossed the block at Bonhams as part of a space memorabilia sale, achieving a record price of $847,500.

Launched in October 1957, Sputnik-1 was the first artificial Earth satellite, designed by Mikhail S. Khomyakov and built at the Experimental Design Bureau-1 factory.

It was visible around the globe as it travelled across the night sky, and anyone with a shortwave receiver could pick up its signal.

Its success caused panic in the United States, and directly triggered the space race between the U.S and the Soviet Union.

After spending three months in space, the satellite burned up during re-entry into the Earth’s atmosphere on January 4, 1958, having completed 1440 orbits of the Earth and travelled a distance of 43 million miles.

Today just five of these models remain in existence, with two in the permanent collections of aviation museums in Moscow and Seattle.

Three are currently in private hands, and previous record was set back in 2016, when another of the test models sold for $269,000.

However, the model sold yesterday in New York blew that price out of the water, and placed it amongst the world’s most valuable pieces of Soviet space memorabilia.

The most expensive item on that list is the Vostok 3KA-2 capsule, sent up three weeks before Yuri Gagarin became the first man in space in April 1961.

The test capsule contained Zvezdochka the dog, and a life-size dummy called Ivan Ivanovich, both of which returned to earth unharmed.