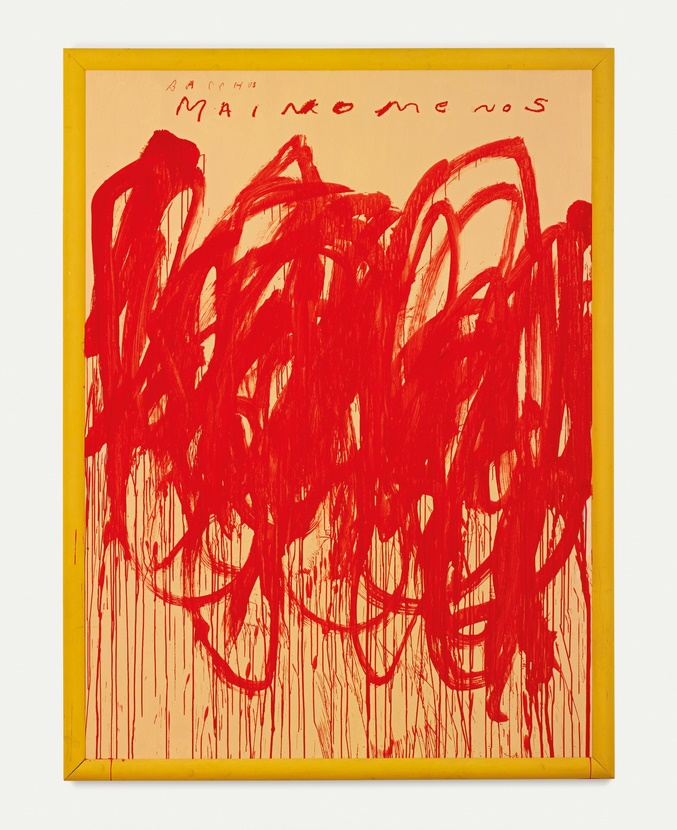 A Sotheby’s sale of contemporary art has achieved more than $240 million in New York.
Major works by the likes of Cy Twombly, Francis Bacon and Christopher Wool topped the sale, which realized a total of $242,914,000 and an impressive sell-through rate of 95.4% by lot.

Leading the auction was one of Cy Twombly’s iconic ‘Blackboard’ works, the only example of the entire series executed in blue wax crayon.

Untitled (New York City) dated from 1968 and, having been acquired by the owner in 1969, had never previously been seen in public. It crossed the auction block for the first time in its history on Wednesday, selling for $36,650,000.

One of the standout lots was Two Studies for a Self-Portrait, regarded as Francis Bacon’s finest self-portrait. After spending 45 years in the same private collection, the work – described as "among the greatest self-portraits ever offered at auction" – sold for $34,970,000.

"Tonight we achieved exactly what we set out to do: tailor a sale to the market’s current taste," said Grégoire Billault, Head of Sotheby’s Contemporary Art Department in New York.

"You only had to count the number of hands in the air for works as diverse as the 2012 Ghenie, Calder from the Barr Collection, and sublime paintings by Sam Francis and Francis Bacon to see that collectors continue to show up when presented with great and rare works of art.

"The sustained bidding from colleagues in Asia as well as Europe and the US underscored the strength of our team, both new and long-tenured, and their relationships with clients around the globe."