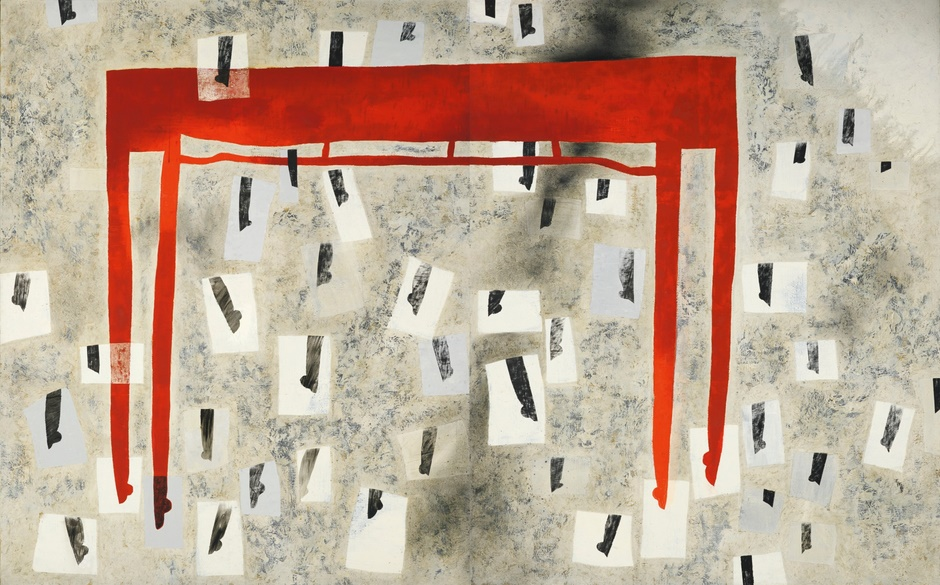 The leading lot of the weekend was Wang Huaiqing’s 1999 work ‘Feet 2 (diptych)’, which soared past its top estimate to sell for a record HK$54.52 million (US$7 million), topping the Evening sale on April 3.

The sale also featured the specially-curated session ‘ Brushwork – From Asia to The World’, which offered 20 abstract works by contemporary Asian, European, and American artists and achieved HK$62.5 million (US$8 million), with a sell-through rate of 100%.

"The success is a testament to Sotheby’s pioneering vision in introducing both Asian and Western post-war abstract art to collectors in the region, reinforcing our leadership in the contemporary art market in Asia."

The Evening and Day sales of Modern and Contemporary Southeast Asian Art achieved a combined total of HK$144,253,750 (US$18,494,071), exceeding all expectations and setting further auction artist records.

The centrepiece of the sale was the private collection of the late Mr. Ali Sadikin, former governor of Jakarta in Indonesia. Featuring rare and fresh-to-the-market artworks, many gifted directly by the artists themselves, the collection was led by Hendra Gunawan’s ‘Ali Sadikin Pada Masa Perang Kemerdekaan’ (Ali Sadikin during the Independence Struggle), which achieved a new record price for the artist of HK$33.24 million (US$4.3 million).

The auction series will conclude with further sales in Hong Kong on April 5 and 6.