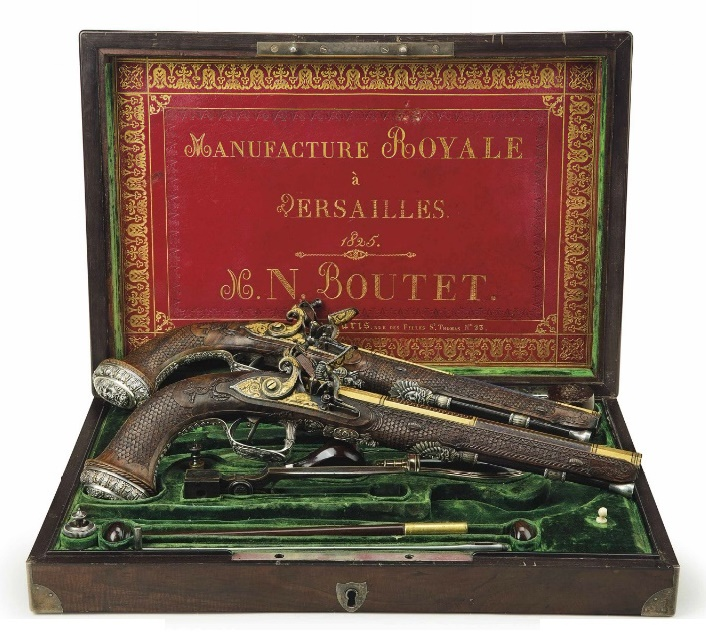 A pair of pistols once owned by the South American revolutionary Simón Bolívar has sold for $1.8 million in New York.
The antique pistols topped the Christie’s ‘Exceptional’ sale, which included historic items and artworks, antique furniture and decorative objects spanning centuries of craftsmanship.

Bolívar (1783-1830) was Venezuelan military and political leader who successfully won independence for his country from the Spanish monarchy. He later led forces in Ecuador, Peru and Bolivia as those countries claimed their independence, becoming one of the few people in history to have a nation named after him.

The pistols were originally a gift from another historic figure, the Marquis de Lafayette, a French aristocrat who played integral roles in both the American Revolutionary War and the French Revolution.

Lafayette was a close friend and protege of General George Washington, and admired Bolívar’s deeds in Central America. Years after Washington’s death in 1799, the President’s family asked Lafayette to send Bolívar a series of gifts to commend his revolutionary spirit, including a portrait of Washington and a lock of his hair.

Lafayette also included his own gift in the form of a pair of exquisite pistols, hand-crafted Nicolas-Noël Boutet, who made guns for both Louis XVI and Napoleon.

"Every once in a while, we are lucky enough to work with something at Christie’s that connects us to the giants of history, so that they jump off the pages of the history books and seem alive," said Becky MacGuire, a specialist at Christie’s.

"These pistols are a perfect example, serving as a link between three revolutionary heroes: George Washington, the Marquis de Lafayette and Simón Bolívar."