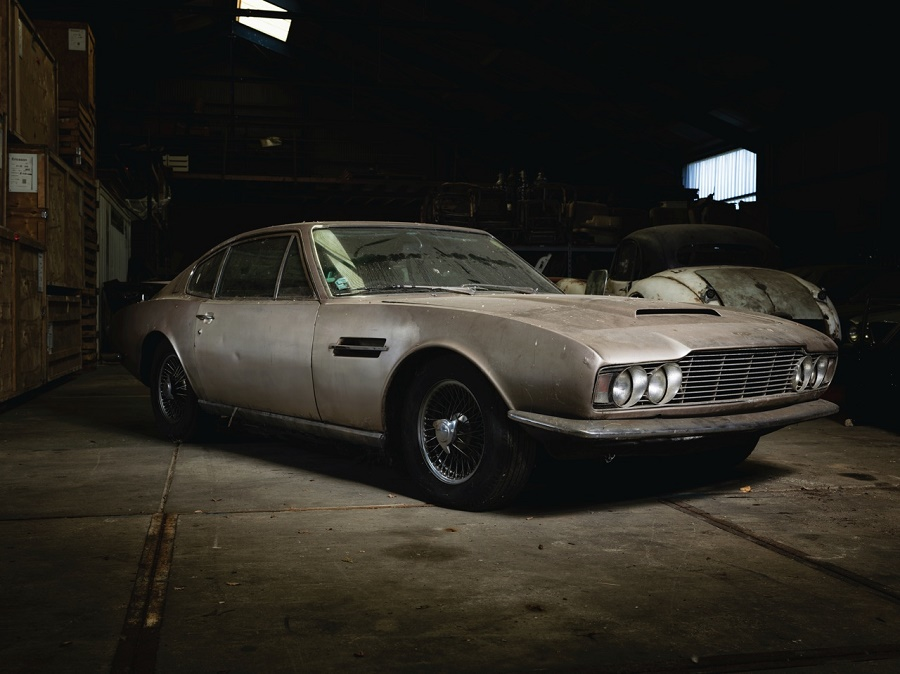 A rare ‘barn find’ Aston Martin will be offered at auction next week for the first time in three decades.

The completely original 1968 Aston Martin DBS will cross the block as part of Silverstone Auctions’ forthcoming May Sale.

The DBS is one of just 787 examples ever built, and is presented in completely original condition, finished in mink bronze with a red Connolly leather interior, and with a Motorola Radio, Borg Warner automatic gearbox, power assisted steering, fog and spot lamps, and air conditioning.

Having been delivered new to its first owner in November 1968, the car then changed hands two years later and travelled down the Channel to be registered in Jersey in April 1970. Its owner used the car extensively for the next 16 years, driving the length and breadth of the island, before rolling it into a barn where it sat untouched for the next 30 years.

Having been recently rediscovered, the British classic will now be offered with an estimate of £50,000-£60,000, making it the perfect candidate for a stunning restoration.

“This is one of the most exciting barn finds of the year so far,” said Nick Whale, managing director of Silverstone Auctions.

“Having been left untouched for the last 30 years this DBS certainly needs restorative care, but to find an iconic car like this one intact with its original features is a fantastic opportunity for someone to acquire a desirable early car, which is prime for restoration or to rebuild to their own specification.”