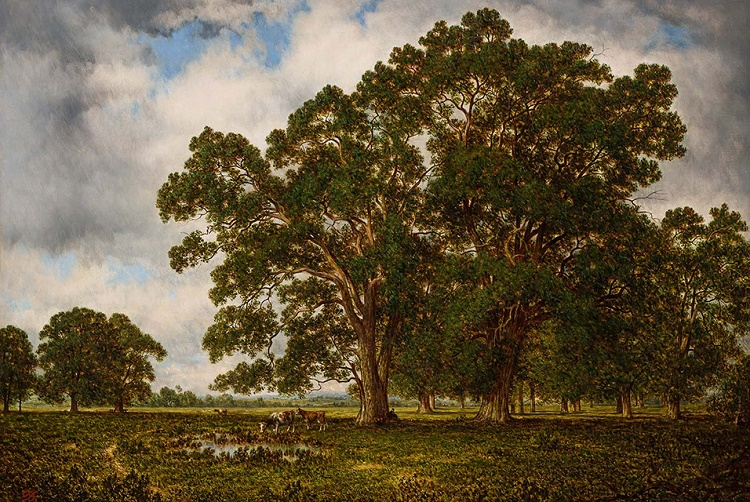 Shannon’s Fine Art Auctioneers has revealed early highlights from its forthcoming Spring sale of Important American & European Paintings, Drawings, Prints & Sculpture.
Leading the auction will be a recently rediscovered work by American painter Louis Remy Mignot, the only Southern-born member of the Hudson River School of artists. Born in South Carolina and trained in Europe before moving to New York, Mignot accompanied fellow artist Frederic Edwin Church to Ecuador in 1857, an expedition which inspired many of his finest works.

The painting on offer at Shannon’s is one of those Ecuadorian landscapes, dating from 1864 and imaginatively embellished with Bedouins and camels. Authenticated by experts and described as "museum quality", the painting is expected to sell for $100,000-$150,000.

Further standout paintings by American artists will include a Washington Square Snow Scene by Impressionist Paul Corno, estimated at $30,000-$50,000; a rare still life by Paul Lecroix estimated to at $20,000-$30,000; Young Girl with Fishbowl by the Rhode Island artist Mabel May Woodward valued at $12,000-$18,000; and a winter landscape titled Winter Work, Connecticut by ‘America’s cattle painter’ Edward Charles Volkert, estimated at $12,000-$18,000.

Collectors will also have the chance to bid on an important sculpture by Cyrus Dallin. The casting of his famous monumental sculpture Appeal to the Great Spirit, which was awarded the gold medal at the Paris Salon of 1909, is estimated at $40,000-$60,000.

Shannon’s is still accepting consignments for the sale, which takes place in Milford, Connecticut on Thursday April 28.