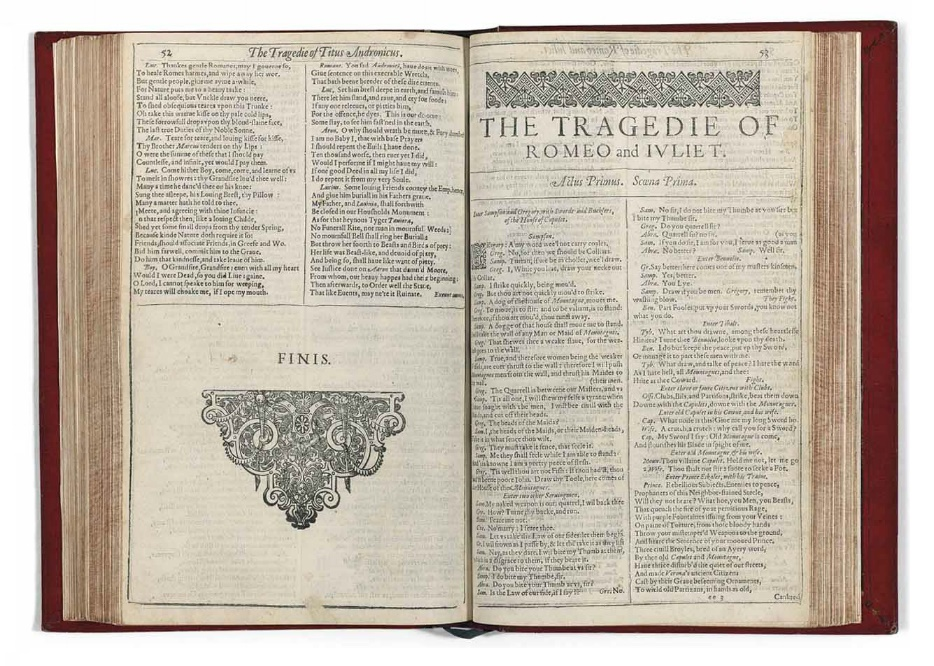 A copy of William Shakespeare’s First Folio has sold for more than $2.7 million at a special Christie’s auction in London.
The work, which is regarded as "incomparably the most important work in the English language", was one of the finest copies remaining in private hands and sold for $2,714,276.

Printed in 1623, seven years after Shakespeare’s death, the work featured 36 of his most famous plays and is the only reliable text for around 20 of those, including Hamlet, Macbeth and Romeo and Juliet.

The highly rare and important First Folio was one of just 234 copies known to exist, and was unrecorded by experts until being recently discovered. It had once belonged to George Augustus Shuckburgh-Evelyn, the English politician, mathematician and astronomer, and was appearing on the market for the first time in more than two centuries.

"The universality and timelessness of Shakespeare’s insight into human nature continues to engage and enthrall audiences the world over," said Margaret Ford, International Head of Books & Manuscripts at Christie’s."Even four centuries after his death, his plays touch and transform lives and continue to be read and performed from Albania to Zambia.

"It is deeply moving to handle the first printed record of his collected plays and to be reminded of their tremendous impact.

The sale also offered rare copies of the playwright’s Second, Third and Fourth folios, and achieved a total of $3,589,592.

The Third Folio was issued in 1663, and is by far the rarest of the four volumes. As legend goes, most of the unsold copies were destroyed during the Great Fire of London in 1666, and this highly rare second issue of the work sold for $524,900.

The Second Folio, the second collected edition of Shakespeare’s plays, featured an epitaph on Shakespeare written by John Milton, the first time his work had ever appeared in print, and sold for $281,636; and a copy of the Fourth Folio, printed in 1685, sold for $68,780.