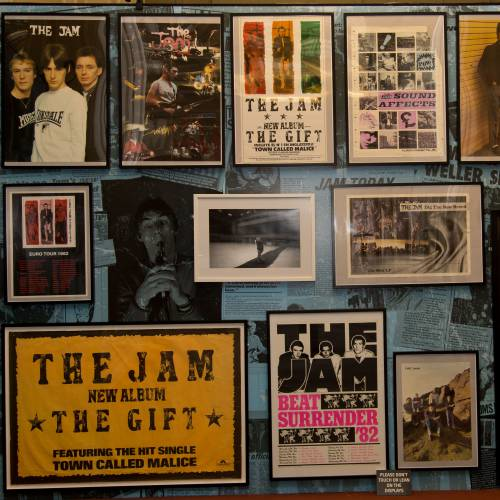 A vast archive of memorabilia relating to The Jam is heading for sale in a landmark auction next month.
Adam Partridge Auctioneers is set to offer almost every piece from the major exhibition About the Young Idea, which charts the history and cultural impact of the iconic band.

The exhibition was the first retrospective of The Jam’s career, and included unprecedented access to the personal archives of members Paul Weller, Bruce Foxton and Rick Buckler.

The exhibition made its debut in London at Somerset House in 2015, before transferring to Liverpool’s Cunard Building earlier this year.

Having attracted music fans from across the UK and beyond, almost every item from the exhibition will now be placed up for sale, in one of the biggest rock n roll auctions to ever take place in Europe.

"This is an unbelievable collection and some of the lots will be dream keepsakes to fans of the band and fans of British music," said auctioneer Chris Surfleet, who will be presiding over the two-day sale.

"The drum kit could be yours for £20,000-£30,000. We have every record pressing from every one of their releases, all original recording acetates, tour jackets and clothing worn by the band during their time together 78-82, including one of Weller’s pin stripe suits and a Wembley dressing gown."

In total, the sale will include more than 800 items, offering fans the chance to own a piece of musical history from one of the most influential bands of their generation.

The exhibition draws to a close on September 25, before the on-site auction on October 7-8.