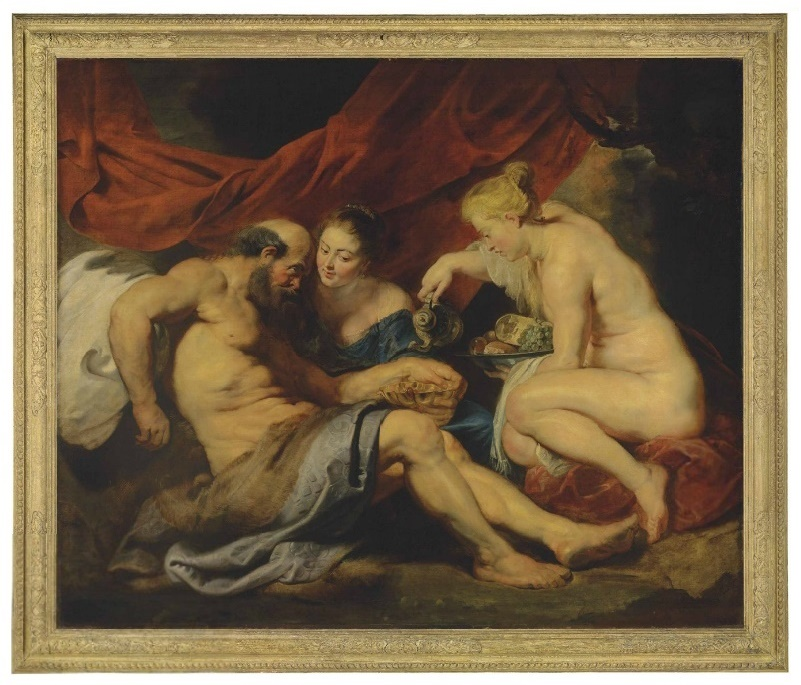 Peter Paul Rubens’ ‘Lot and his Daughters’ has sold for an incredible record price at Christie’s.
Rubens’ masterpiece hit the auction block in London last night (July 7), sparking a 14-minute bidding war between four collectors before selling for £44,882,500 ($58,167,720) – making it the most valuable Old Master painting ever sold in the company’s 250-year history.

The important work, painted circa 1613-14, had passed through some of the world’s most prestigious private collections.

Previous owners had included Joseph I Holy Roman Emperor, a Governor-General of the Spanish Netherlands, several wealthy Antwerp merchants; and the Dukes of Marlborough, where it hung in Blenheim Palace for many years.

Paul Raison, Christie’s Deputy Chairman of Old Master Pictures, described the painting as "the greatest and most important painting by the artist remaining in private hands that’s ever likely to be sold on the open market".

"The sale of this significant painting demonstrates that Christie’s continues to lead the masterpiece market at auction and in this field," said Raison. "A stunning work of psychological complexity, Lot and his Daughters was created at a time when Rubens’s reputation as the most renowned artists in Antwerp had already placed him firmly at the centre of the European artistic stage."