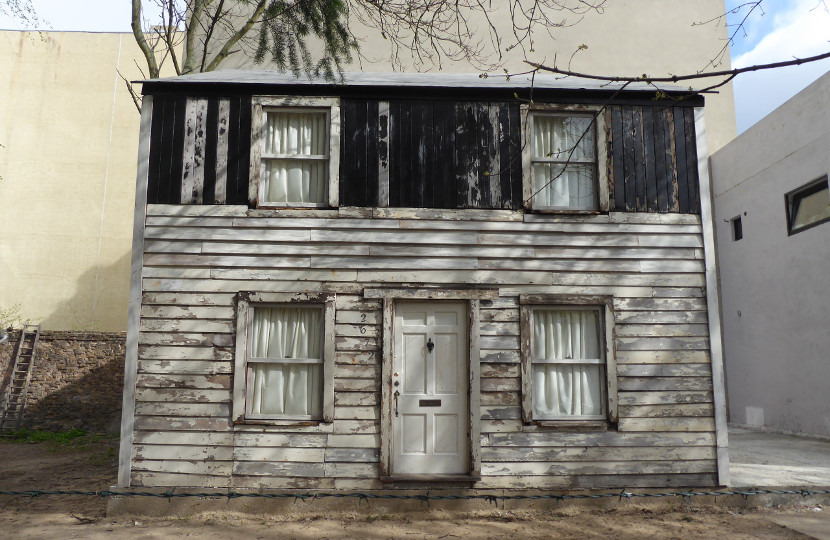 Civil rights activist Rosa Parks’ old house in Detroit will be among a phenomenal selection of African-American artefacts to cross the block at Guernsey’s.

Parks and her husband left their home in Alabama for the north in 1957, when the blowback from her legendary bus boycott became too much to bear. Both lost their jobs as a result of her direct action and no business would employ them.

This home, a simple wooden shack, belonged to Parks’ sister and already housed a large family. Sometime later the family moved out and the house stood empty. It was slated for demolition in 2010, but Parks’ niece Rhea McCauley stepped in to save it.

She paid a reported $500 to rescue the structure, working with artist Ryan Mendoza to dismantle it.

The building was reassembled in the garden of Mendoza’s home in Berlin, Germany in 2016 and remained on display there for around a year. In 2017 it was returned to the US and rebuilt at the WaterFire Arts Center in Providence, Rhode Island.

There’s no estimate available, which reflects the immense difficulty of putting a price on an item like this. It’s of undisputed historical importance, but the pool of buyers is likely to be small given its size and the complexity of its assembly. A museum or other such institution would be the most likely candidate.

Rosa Parks’ archives, featuring material from across her remarkable life, offer a clue. They achieved $4.5m in a sale hosted by Guernsey’s in 2014.

This auction will also feature a wealth of handwritten letters from Parks, including one that describes her first meeting with Dr Martin Luther King. She writes: “I knew I would never forget him”.