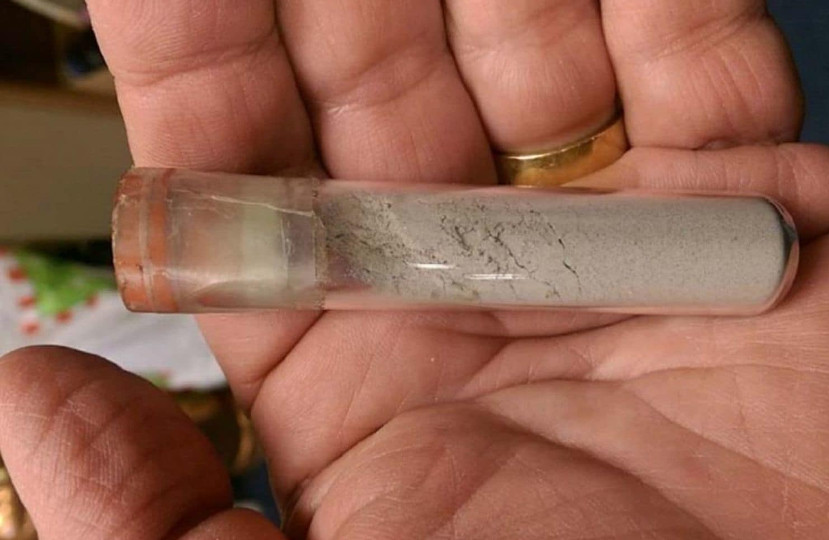 This vial of Moon dust is at the centre of a legal battle between NASA and a private owner (Image: Christopher McHugh)

A Tennessee woman has filed a lawsuit against NASA in a last ditch attempt to keep a vial of Moon dust she claims Apollo 11 astronaut Neil Armstrong gifted her.

Laura Cicco (nee Murray) states that her father was close with Armstrong. She received the vial from the astronaut in the 1970s, along with a note reading: “To Laura Ann Murray — Best of Luck — Neil Armstrong Apollo 11.”

The case will hinge on whether a private individual can own Moon dust or Moon rock collected during an Apollo mission. NASA argues that these phenomenally rare samples are the property of the US government. NASA is known to fight tooth and nail to retrieve what it believes to be its property. In 2011, armed officers seized a series of paperweights containing Moon rock samples from a woman who also claimed to have received them from Armstrong. Cicco is attempting to avoid this outcome by forcing the agency into the courts.

No one appears to know how Armstrong acquired these samples, but it seems unlikely that he received official permission to keep them.

In spite of this, Cicco could have a good case. It’s illegal under international law for governments to claim ownership of solar bodies, a rule that has been in place since 1967. Her lawyer is Christopher McHugh, who successfully fought another NASA ownership claim last year.

That case involved a bag that Armstrong used to collect his lunar samples, which was mistakenly sold in a government auction. The original buyer sold it some weeks later for $1.8m.

McHugh told the Washington Post: “If you look at the Davis case, what NASA is essentially saying is that lunar material in private hands is stolen property. And that’s just not true.

“This is not stolen property. Laura shouldn’t be afraid that NASA is going to come knocking on her door and barge in and try and take the vial.”

Up until 2012, astronauts had no right of ownership over mementos they collected during their careers. Since then, we’ve seen a big rise in the quality of the memorabilia on sale. Should Cicco win her case, a whole new sector of the market will open up.