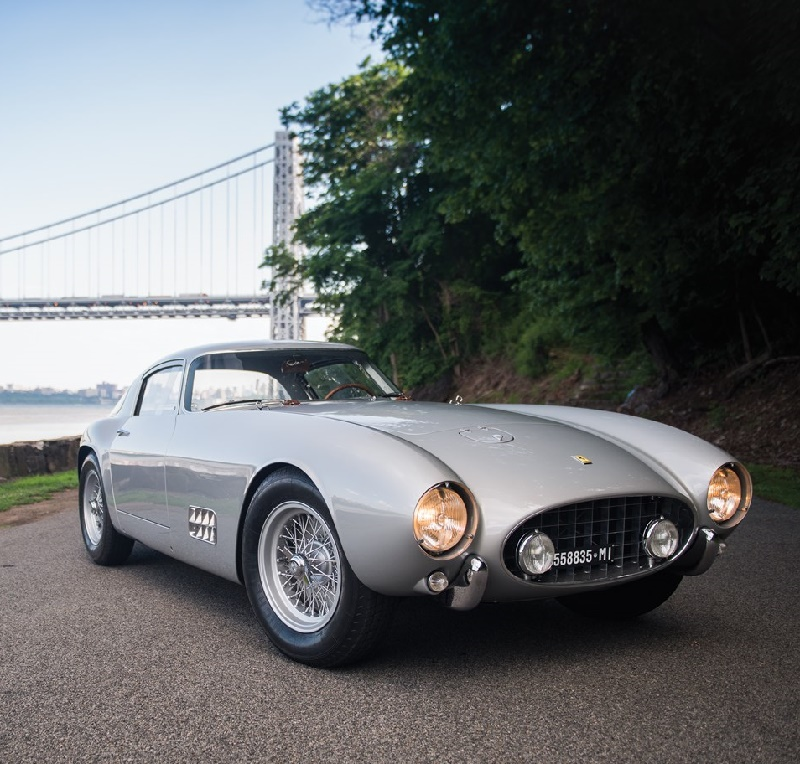 A magnificent group of five cars from the Sam & Emily Mann Collection will grace the RM Sotheby’s auction block in Monterey next month.
The couple’s collection of automobiles is regarded as one of the finest in America, and their record of four Best in Show victories at the Pebble Beach Concours d’Elegance remains a record for any living persons.

The vehicles on offer will be headlined by a highly rare 1939 Alfa Romeo 8C 2900B Lungo Touring Spider, but the rest of the collection is no less impressive.

First up is a 1956 Ferrari 250 GT Berlinetta Competizione ‘Tour de France’, just the second example ever built and one of only nine with the original-style bodywork.

With a rich period racing history which includes the 1956 Mille Miglia and the 1959 Tour de France, the car is described by Sam Mann as "one of the most elegant cars penned along lines by Pinin Farina" and is expected to sell for $7 – $9 million.

Next is a 1908 American Underslung 50 HP Roadster, one of the earliest models still in existence. Having had just four owners since the 1940s, the car is one of only a handful to combine both its authentic original roadster coachwork and a 50 horsepower engine.

"The more I look at this car, the more I get obsessed with it," commented Mann. "The design just catches a spirit of speed, youth, and exuberance – and that is what is most appealing to me about this car."

Having previously been part of the esteemed Lindley Bothwell and D. Cameron Peck collections, the car is now valued at $1.4 – $1.75 million.

The fourth car on offer is a historically important 1926 Miller Locomobile Junior 8 Special, estimated at $750,000 – $1 million.

Having been campaigned at Indianapolis from 1926–1929, the car was raced by famed drivers such as Cliff Durant, Eddie Herme, Russ Snowberger and Fred Frame, and has the longest continuous racing history of any Miller 91.

The final car on offer from the Sam and Emily Mann Collection is a 1926 Bentley 3-4½ Litre Tourer in the style of Vanden Plas, a faithful recreation of the legendary ‘Old Mother Gun’. Exceptionally restored and sorted for events such as the Copperstate 1000 and Bentley Drivers Club rallies, the recreation is estimated at $600,000 – $750,000.

"These five examples represent some of the finest of their individual models," said Ian Kelleher, Managing Director of RM Sotheby’s West Coast Division.

"Each has been meticulously maintained and cared for, and exhibits breathtaking presentation. We’re thrilled to have been entrusted with these cars by Sam and Emily Mann; they reflect Sam and Emily’s finely honed eye for aesthetics and design, and will unquestionably be the centerpiece of any important automotive collection."