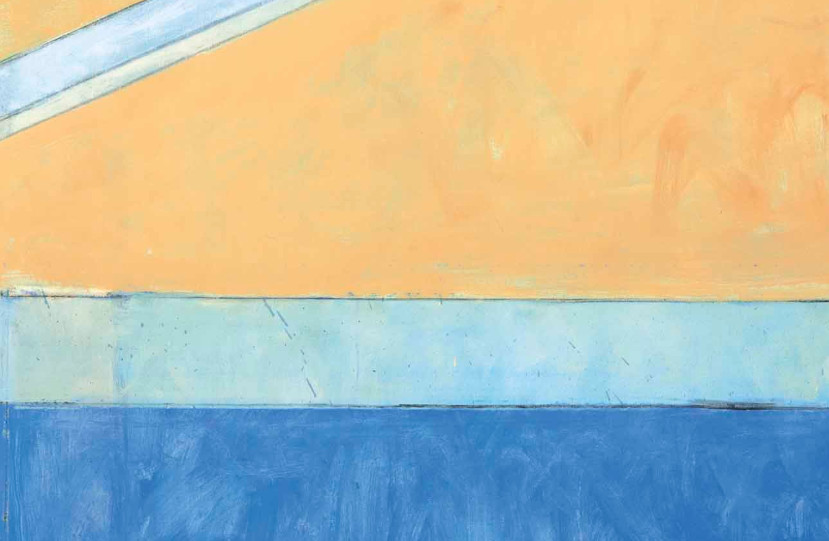 Christie’s will auction a collection of 22 works by the celebrated Californian painter Richard Diebenkorn.
They’re consigned from the collection of New York developer Donald Zucker and his wife, Barbara. All are due to appear in the May 17-18 post-war and contemporary art day and evening sales in New York.

Collectors will be particularly interested to hear that Ocean Park #126 (1984) will be among them.

This seminal canvas is regarded as a glowing highlight of Diebenkorn’s acclaimed Ocean Park series. In some circles it’s considered his very best.

Named after the Santa Monica neighbourhood where Diebenkorn has kept a studio since the late 1960s, the Ocean Park paintings capture the radiant light found in this region of America’s Pacific coast.

The contrasting warm colours add up to a blissful whole. Diebenkorn’s contemporary, the artist Wayne Thiebaud, explained: “There are always at least two yellows, two reds, two blues, so that the warm and cool alternation or juxtaposition of the colors enlivens the work… and they tend to develop what’s called color chords, much like the three notes on a piano.”

Sara Friedlander, international director and special head of post-war and contemporary art at Christie’s, said: “For the past thirty years, the Zuckers have lived with Richard Diebenkorn’s entire career in their living room.

“This exceptionally rare exploration of one artist in such depth represents a Diebenkorn retrospective and touches on virtually every moment of his life as he moved across America. Diebenkorn’s deeply personal vision and exploration of both abstraction and figuration cement him as one of the most important American artists of the 20th Century.”