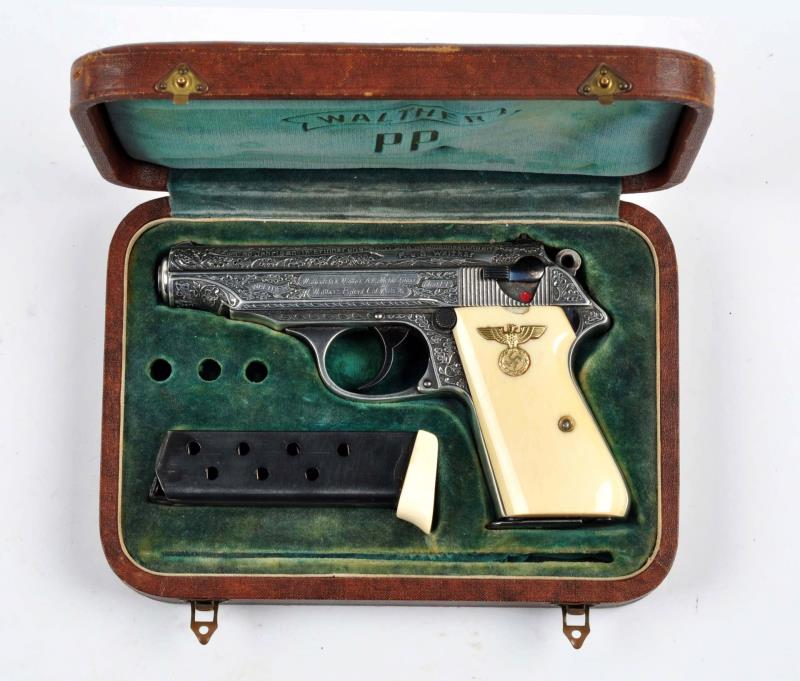 Rare and historic weapons from the U.S Civil War to WWII were snapped up by collectors in Denver this month, as part of the recent Morphy Auctions Premier Firearms sale.
"This sale was Morphy’s largest offering of firearms and related items to date," said Dave Bushing, Morphy’s Firearms Division Expert.

"It featured a carefully curated militaria collection from a single owner. This collection put Morphy’s on the map with some once-in-a-lifetime militaria offerings. This sale also featured some great early American and European swords, a fine selection of Revolutionary war era items, and quite a few surprises in the prices realized area."

Leading the sale was a unique, mint-in-box Browning superposed 20 Ga. O/U shotgun, described as "truly in a class by itself". This exquisite firearm was the work of master engraver Angelo Bee, who worked in Belgium for Browning for 25 years and, offered in a never-fired condition, sold for $23,180.

Top-selling rifles included a deluxe gold inlaid and engraved Weatherby rifle, described as "one of, if not the most, ornate Weatherby rifle ever produced", which sold for $15,250;&nbsp; the only-known surviving Springfield Model 1905/06 unaltered .30-03 rifle, which sold for $17,080; and a Deluxe Winchester Model 1876 rifle which fetched $16,470.

Amongst the standout historic lots was a presentation Nazi Walther PP pistol, given to a high ranking or very important member of the Nazi party. Manufactured in 1938 and still in its original case, the pistol bore the gold Nazi eagle with swastika in wreath, and sold for $19,520.

Further notable highlights from the sale included a Japanese type 2 paratrooper rifle with its original bayonet with metal scabbard, which nearly tripled its high estimate to sell for $3,660; an unfired Colt lightning etched panel ‘Sheriff’s Model’ revolver which sold for $5,185; and a Russian model 1940 Tokarev semi-automatic rifle, manufactured between 1940 and 1941, which realized $5,490.

"Building on this momentum, our July Firearms auction, scheduled for July 30 – 31, 2016, is already shaping up to be a real dazzler," said Bushing, following the sale. "We’ve timed it to follow the Gettysburg Civil War show and during the peak tourist season here in Lancaster. As a result, we expect lots of interest and great results!"