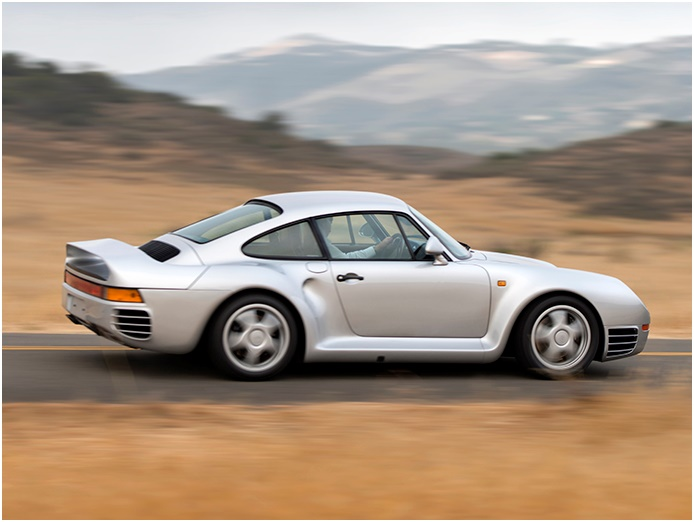 Auctions America is set to present a selection of "ultra-cool poster cars" in Santa Monica, led by a 1988 Porsche 959 ‘Komfort’.
Regarded as Porsche’s first true supercar, the 959 was initially built in 1983 with the racetrack in mind. To satisfy the FIA homologation regulations, the road-going version followed in 1985, and the 959 became the world’s fastest street-legal production car with a top speed of 200mph.

In total, 329 examples were built between 1986 and 1993, although they were not street legal in the United States prior to 1999. The example offered at Auctions America was originally owned by professional Porsche driver Max Moritz, and later imported to the U.S in 2001.

With just two owners and 7,500 kms from new, the remarkably preserved and original car is expected to sell for $1.3 – $1.6 million.

"We’re thrilled to have been entrusted with the sale of the Porsche 959. The experience of driving a 959 is unlike any other; it combines incredible sophistication that allows for both simple and effortless operation, with outstanding performance, great looks and comfort.

"The beautifully engineered AWD system sees the car track through canyon corners with ease and come out with the turbochargers soaring through the straightaways. Simply put, this car is serious fun."