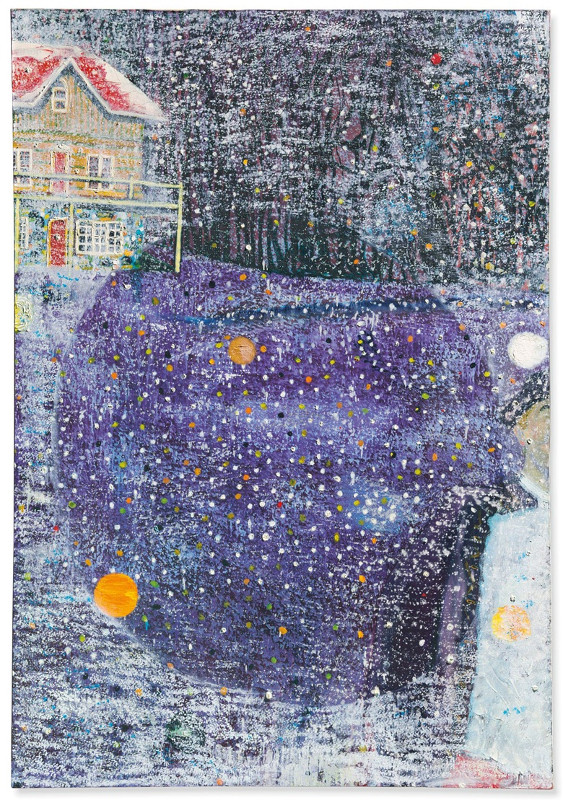 Charley’s Space (1991), an early work by Scottish-Canadian artist Peter Doig, will appear in Christie’s post war and contemporary art evening sale in London on March 6. It’s expected to sell for around £6m-8m ($8.3m-11m).
The canvas dates from Doig’s final year of study at the Chelsea School of Art in London and is the earliest of his iconic snow scenes.

These were inspired by his childhood growing up in rural Canada. Snow obscures his work, acting as a veil through which the work is viewed. It’s been described as a visual metaphor for the impenetrability of memory.

“Canada came to embody the idea of looking back: the sensation of being caught between worlds, real and remembered”, explains Christie’s art expert Katharine Arnold.

This composition is drawn from a photograph of his parents’ house. Doig used this same shot as the basis for a number of his other well known works, including Pink Snow (1991) and Pond Life (1993).

The canvas received its name, Charley’s Space, from a security guard named Charley who worked at Chelsea. On seeing the work he remarked “Huh. Space.”

Doig is the most feted painter of his generation and his canvases are highly sought after as a result. The record is $28.8m, set for a work titled Rosedale at Phillips in 2017.

Christie’s auction features a treasure trove of big hitters, including a rare set of six Andy Warhol “Fright Wig” self portraits as well as Francis Bacon’s Three Studies for a Portrait of Henrietta Moraes.