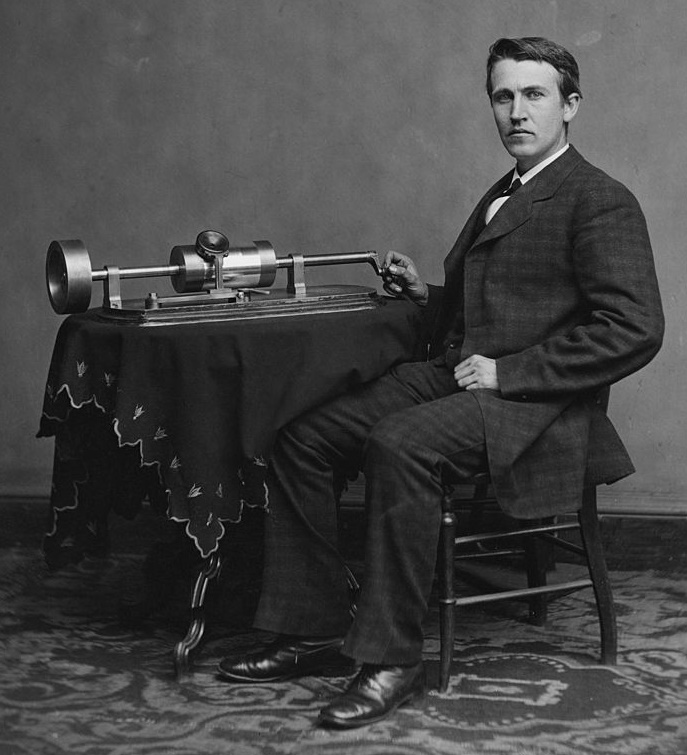 An original patent application for the phonograph signed by Thomas Edison himself is heading for auction in the US next week.
The document will be offered for sale by One of a Kind Collectibles, as part of an online sale of historic manuscripts, autographs and photographs which ends on April 13.

Thomas Edison, also known as ‘The Wizard of Menlo Park’, is regarded as America’s greatest inventor, and one of the most influential figures of the 20th century.

His countless inventions, which included the electric light bulb, the phonograph and the motion picture camera, continue to help shape history to this day.

In 1877 Edison invented a device for recording and reproducing sound known as the ‘phonograph’, and introduced it to the world in November of that year. He later recalled:

"I didn’t have much faith that it would work, expecting that I might possibly hear a word or so that would give hope of a future for the idea…I then shouted ‘Mary had a little lamb’, etc. I adjusted the reproducer, and the machine reproduced it perfectly. I was never so taken aback in my life. Everybody was astonished."

Edison always considered the phonograph his proudest achievement, and he continued to develop it for more than 30 years.

The patent application document offered at One of a Kind Collectibles dates from 1890, and relates to improvements made to his original design. This patent was for use in India.

Edison held more than 1,000 US patents in his name throughout his prolific career, and today the majority of those original patent documents remain in the National Archives.

"Very few of these type of documents are in existence in private hands," said David Gindy of One of a Kind Collectibles.

"The American patent applications for Edison’s inventions are institutionalized and will not be available for sale, so this will be the very rare opportunity to acquire an actual signed patent by the great inventor, of what he considered his greatest invention."

The rare signed phonograph patent will be offered with an estimate of $25,000+.

Further highlights from the sale will include: