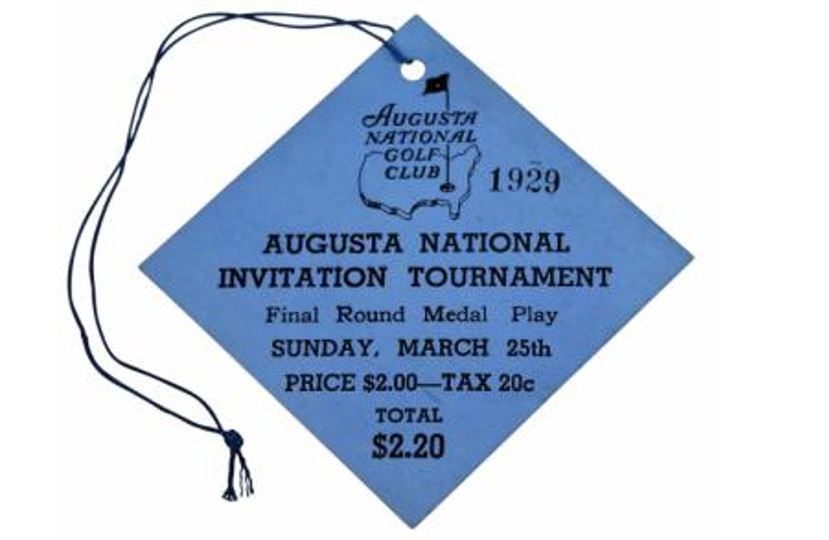 An original ticket from the first ever Masters golf tournament has sold for $118,598, a record sum for a ticket to a sporting event.
The lot was issued in 1934, the first year the Augusta National Invitational (as the Masters was originally called) was held.

It’s made from blue diamond shaped paper and illustrated with the familiar flag and hole motif and the date, Sunday March 25. A little confusingly, it’s numbered 1929. Future PGA of America president Horton Smith was the victor.

The $2.20 entrance fee wouldn’t even get you a beer at the event today (even with the Masters’ famously low prices for food and drink).

The tournament’s name changed in 1939 and items displaying the earlier moniker are extremely rare. This ticket is one of only five known survivors from the 1934 final round, one of which belongs to the Augusta National.

Kip Ingle of the Golf Auction said: “A record-setting number like this can only be achieved when you have multiple passionate collectors wanting a seldom seen piece of golf memorabilia.”

The result indicates the health of the golf memorabilia market. Demand has skyrocketed over the past decade, with trophies to major tournaments now selling around the $100,000 mark and tournament winning clubs achieving upwards of $40,000.

Will the result convince any of the other three ticket holders to sell up? Only time will tell; but the potential windfall has to be hugely tempting.