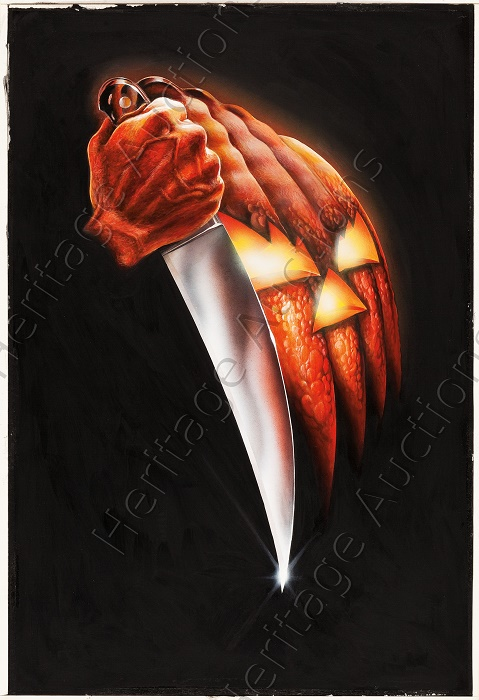 The original poster artwork for the classic horror movie Halloween is currently up for sale at Heritage Auctions.

Widely regarded as one of the most influential horror films ever made, John Carpenter’s 1978 slasher film spawned eight sequels and two remakes, along with countless imitations.

However, few have matched up to the original, which was selected for preservation in the United States National Film Registry by the Library of Congress in 2006.

The film’s promotional artwork was created by artist Robert Gleason, who had previously produced the poster for Bruce Lee’s Game of Death, along with album covers for the likes of Stevie Wonder and Gladys Knight.

His concept for the poster, featuring a fearsome knife-wielding Halloween pumpkin, was initially turned down by the production company, who felt the poster should feature the blank-faced mask of the film’s killer, Michael Myers.

However, they quickly changed their minds and went with Gleason’s design, which has since been described as “one of the most iconic images in horror history”.

Gleason’s original painting is one of the most important pieces of original horror movie artwork ever offered at auction, and is expected to sell for $10,000-$20,000 when it crosses the block later this week.