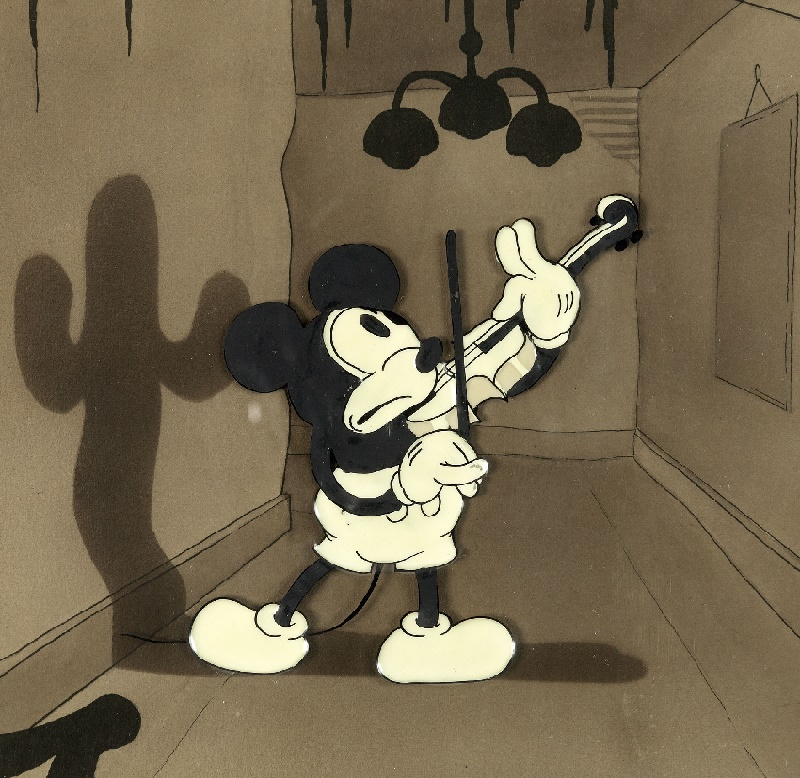 Original production cels from Disney classics such as Sleeping Beauty, Snow White and Fantasia will lead a sale of Animation Art at Heritage Auctions next month.
The sale in Dallas on June 11-12 will include concept art and production cels from major Disney features, along with early Mickey Mouse shorts directed by Walt Disney himself.

Amongst the standout lots are several production cels and key master backgrounds from the 1959 film Sleeping Beauty, created by the celebrated American painter and illustrator Eyvind Earle.

Earl was already an acclaimed artist by the time he was hired by Disney 1951 as an assistant background painter. He contributed to feature films such as Peter Pan and Lady and the Tramp before working on Sleeping Beauty, for which he oversaw the film’s styling, background, and colors.

Although he left the production in 1958 before the film was completed, due to creative differences with the supervising director Clyde Geronimi, his unique styling remained in place and today Sleeping Beauty is regarded as one of the finest animated films of all time.

The production cels on offer include scenes with Briar Rose and her forest animal friends, the three Fairies Merryweather, Flora, and Fauna, and the iconic villain Maleficent.

The sale will also feature original concept art by Mary Blair, one of the most influential artists in Disney history. Blair created concept art for films like Alice in Wonderland, Peter Pan, Song of the South, and Cinderella, and was responsible for the look and style of the famous Disneyland ride ‘It’s a Small World’, along with murals in Disney parks around the world.

Away from the world of Disney, the sale will include production cels and original concept drawings from the Dr Seuss holiday classic How the Grinch Stole Christmas; a cel and background setup used as artwork inr the book version of It’s the Great Pumpkin, Charlie Brown; and an original set of hand-drawn storyboards from the very first episode of The Flintstones.