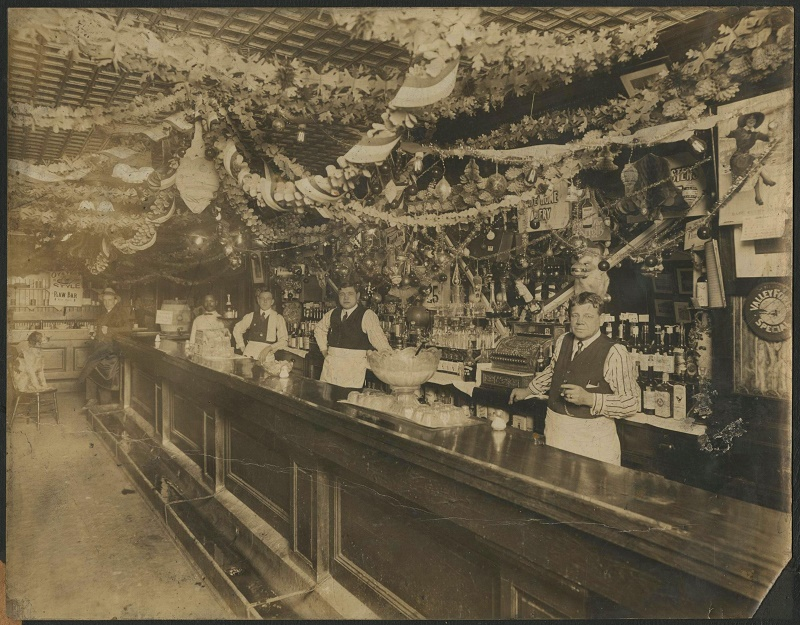 The only-known photograph of Babe Ruth and his father is up for sale at Goldin Auctions in New Jersey.
The rare print is one of the leading lots in a sale dedicated to the baseball legend, with proceeds set to benefit the Babe Ruth Birthplace & Museum.

The unique family photograph dates from Christmas 1915, and depicts father and son behind the bar at Ruth’s Cafe in Baltimore. The resemblance between the two men is striking, although George Ruth Sr. clearly has a few more miles on the clock.

Ruth completed his first full Major League season with the Boston Red Sox in 1915, culminating in a five-game World Series victory against the Philadelphia Phillies. Although he played just a minor role in the victory, he returned home to Baltimore with a winner’s bonus in his pocket, and used it to buy his dad a new bar.

During that year Ruth lived above the bar and even worked there to help his father, before returning to Boston with his wife Helen for the start of the 1916 season.

Just two years later, in August 1918, George Ruth Sr. stepped outside his bar to break up a fight. He was struck down during a scuffle, hitting his head on a pavement, and died from his injuries.

Originating directly from the collection of the Babe Ruth Museum, the photograph is valued at more than $7,500.

Another standout lot is a rare, original rookie-era news service photograph of Ruth, also dated circa 1915.

Originally distributed in the fall of 1915 by International Film Service, the photograph even retains a portion of its original paper caption which reads: "[BOSTON] RED SOX EXPECT TO CLINCH [PENNANT]."

According to the auction house, "a thousand words could never do it justice. This masterpiece speaks for itself." The iconic photograph of a young Ruth, unaware of his future as one of the greatest sports stars in American history, comes with an estimate of $10,000+.

Further major highlights include a photo signed by Ruth and his Yankees team-mate Lou Gehrig to their batboy Joe Glassenberg; a game-used bat, circa 1923-25; and Ruth’s signed contract for an exhibition match tour of Cuba in 1920. 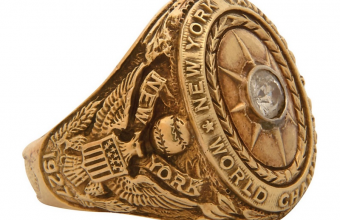 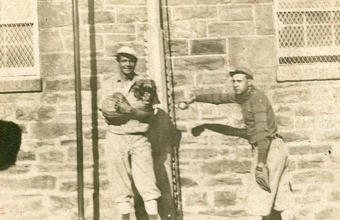