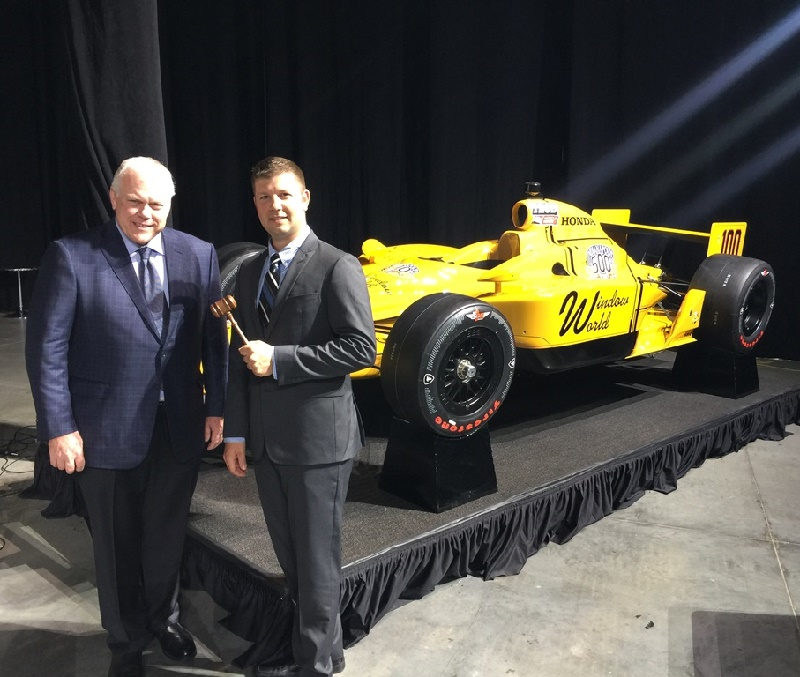 A one-of-a-kind race car signed by almost every living Indy 500 driver has raised $900,000 at a charity auction in Indianapolis.
The vehicle, known as ‘The Stinger’, was a 21st century interpretation of the Marmon Wasp which won the very first Indy 500 back in 1911. It had originally been commissioned by U.S company Window World to raise funds for St. Jude Children’s Research Hospital in Memphis, Tennessee.

The car had then been driven across the U.S by racing legend John Andretti, in an epic journey to acquire the signatures of 249 veterans of the famous race.

"I drove in more than 500 races but the greatest thrill of my life is to witness The Stinger raise $1 million for sick children and their families," said Andretti. "This car is a trophy for an elite group of drivers alright, but now it’s also a monument to the real heroes – the courageous children fighting each and every day stay alive."

Offered at a special sale hosted by Barrett-Jackson, the car was eventually snapped up by a group of bidders known as The Century Club, who paid $900,000 for the car and then immediately announced it would be donated to the Indianapolis Motor Speedway Museum in Indianapolis.

"This is such a special car to so many people, we are thrilled that our group came out with the winning bid," said Jeff Stoops. "The fact that we put together a group that raised $900,000 that will be donated to St. Jude just speaks to the character of those involved."

"When we built The Stinger we knew we had a winner that would draw racing fans from all over the country who would passionately fight to own this piece of IndyCar history," said Tammy Whitworth, CEO of Window World.

"The bidding was fierce and exciting and we congratulate The Century Club for winning the car. Every cent will go to children battling cancer and other life-threatening diseases at St. Jude Children’s Research Hospital. One of our company’s core values is to give back, so we end The Stinger’s journey with the greatest finish of all."