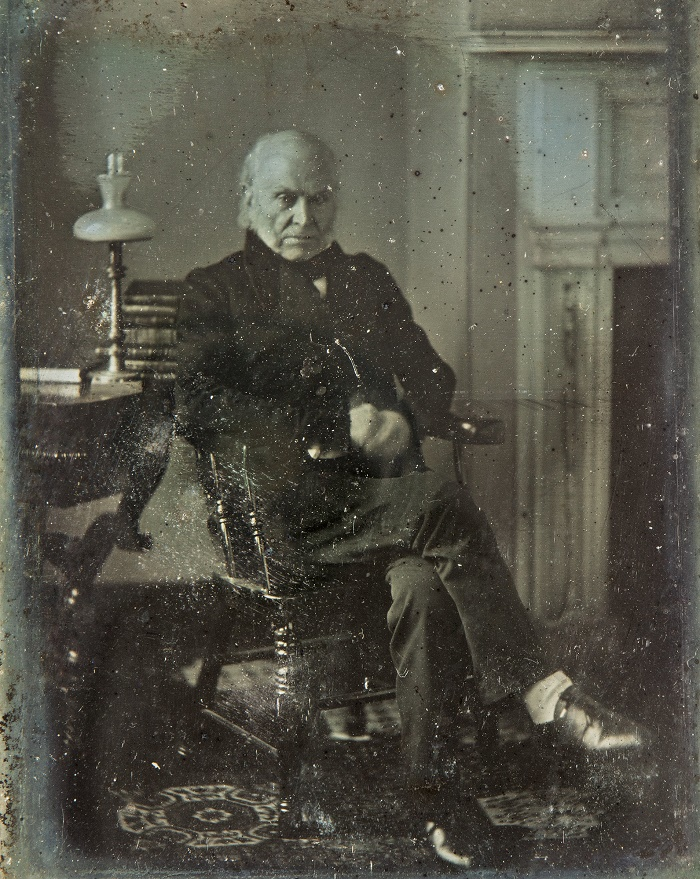 The oldest-known surviving photograph of a U.S president will be offered for sale at Sotheby’s in October.
The portrait of John Quincy Adams was taken back in March 1843, and had been lost for almost 150 years.

According to Emily Bierman, the head of Sotheby’s photographs department, the photograph is "without a doubt the most important historical photo portrait to be offered at auction in the last 20 years."

The daguerreotype was taken at the Washington, DC studio of photographer Philip Haas, where Adams attended two sittings in March 1843.

He recorded the event in his diary, writing:

"The operation is performed in half a minute; but is yet altogether incomprehensible to me…It would seem as easy to stamp a fixed portrait from the reflection of a mirror; but how wonderful would that reflection itself be, if we were not familiarized to it from childhood."

He later gifted this particular photograph to fellow congressman Horace Everett (1779–1851), and it passed down through his family for generations.

Its significance had been completely lost over the years, and when it was discovered by one of Everett’s descendants amongst a collection of family artifacts, he initially believed it to be a portrait of Everett himself.

However, further research revealed the historic importance of the portrait, and it now heads to auction as "an invaluable document", which "crystallises a remarkable moment in the history of photography and American politics."

The first President to actually have his photograph taken was William Henry Harrison, the short-lived ninth U.S President who died after just 31 days in office.

He sat for a portrait in 1841, around the time of his inauguration, but the original photograph was lost and all that remains is a copy in the Metropolitan Museum of Art.