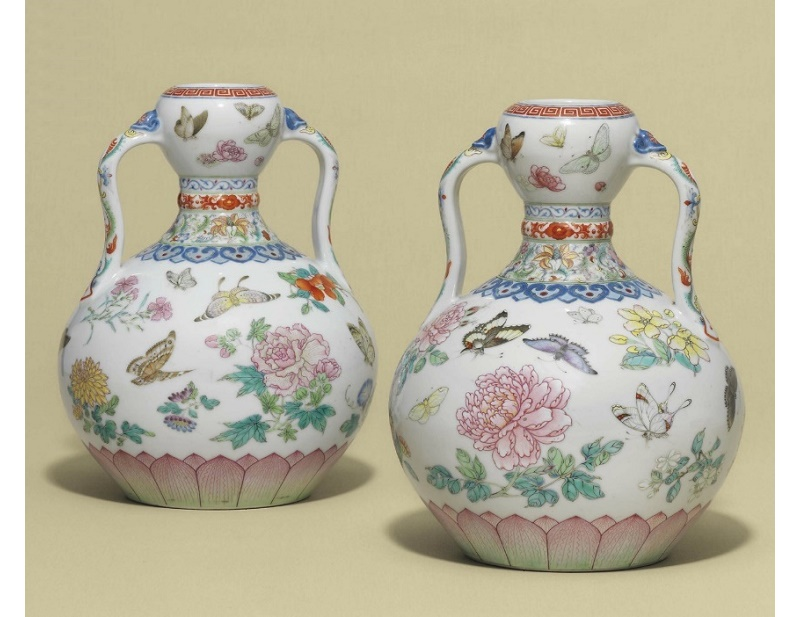 A pair of Chinese vases discovered on a mantelpiece has sold for almost $20 million at auction in London.
The remarkably rare vases were made in the 18th century for the court of the Chinese Qianlong Emperor.

They had been discovered during a routine valuation visit to an English country home, whose owner had no idea of their true value.

The two vases had passed down through generations of a noble family after being acquired in the 1930s.

The Christie’s auction marked the first time in history that a matching pair of the vases had ever been offered for sale.

Just four similar examples had ever crossed the auction block before, and always as single lots.

"This beautiful pair of Qianlong vases have caused great excitement, attracting the attention of key collectors internationally, both when touring to Christie’s New York and Hong Kong and on display at Christie’s King Street saleroom in London," said Pedram Rasti, Director and Head of Chinese Works of Art Department at Christie’s London.

"My colleague Jeremy Morgan knew that they were very special when he saw them for the first time; the only pair of their type to have come to auction, the vases are exquisite works of art and deserve to have achieved such an exceptional price."

The famille rose ‘butterfly’ double-gourd vases were elaborately decorated with butterflies and flowers, including peony, chrysanthemum, morning glory, rose and aster, above a band of pink lotus petals.

These flowers and decorations all have specific meanings in Chinese culture, and are associated with luck, joy and protection. They certainly brought luck and joy for the owner of the vases.