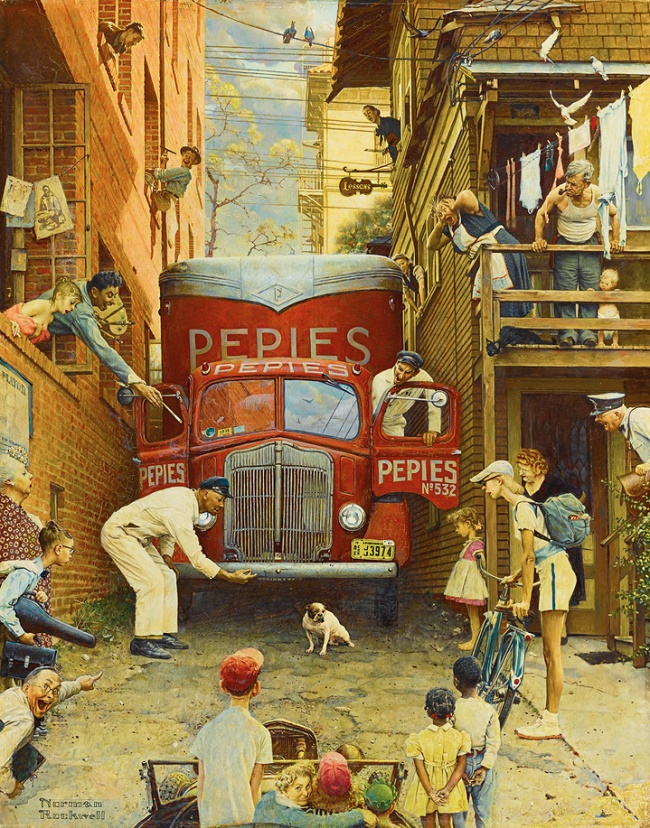 One of Norman Rockwell’s most ambitious artworks will lead a Sotheby’s sale of American Art in New York next month.
His 1949 Saturday Evening Post cover ‘Road Block’ will be offered alongside works by the likes of John Singer Sargent, Andrew Wyeth, Milton Avery and Georgia O’Keeffe.

Fresh to the market after more than 20 years in a private collection, the painting is expected to sell for $4-$6 million. Back in 1979, Rockwell recalled the effort involved in creating the artwork:

"Why, oh, why do I paint such involved and complicated pictures? There are about twenty-five figures in this one, not counting the pigeons. My only excuse is that I wanted to paint this subject and I started to do the job with only ten people in it. Then, like Topsy, it ‘just growed.’

"But here’s the payoff. When I delivered it, the wonderful, kind and understanding art editor of The Post recognized the work I had put into it and gave me a substantial bonus over and above my regular price for a cover."

Further Rockwell works will include Rockwell’s Hobo and Dog, from the cover of The Post on October 18, 1924, offered from the collection of The Metropolitan Museum of Art ad estimated at $1.5-$2.5 million.

Another standout lot from the sale is John Singer Sargent’s Poppies, painted in 1886 during a stay in the U.K. After injuring his head whilst swimming in the Thames, Sargent was taken to recuperate in a nearby village in the English Cotswolds, and was immediately inspired by the natural beauty of his surroundings.

Having recently featured in the Royal Academy’s major exhibition ‘Painting the Modern Garden: Monet to Matisse’, the artwork will now be sold with an estimate of $4-$6 million.

Further important highlights will include Sargent’s Staircase in Capri, inspired by his travels to the Mediterranean island in 1878, estimated at $1.8-$2.5 million; Andrew Wyeth’s The Prussian, a portrait of his now-famous neighbour and muse Helga Testorf, estimated at $2.5-$3.5 million; and Thomas Wilmer Dewing’s landscape The White Birch, created while staying in the artists’ colony of Cornish, New Hampshire, estimated at $2-$3 million.

The Sotheby’s American Art sale takes place on May 18. 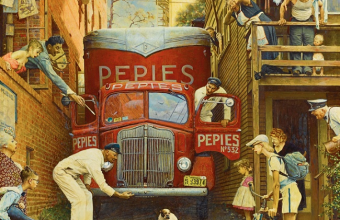