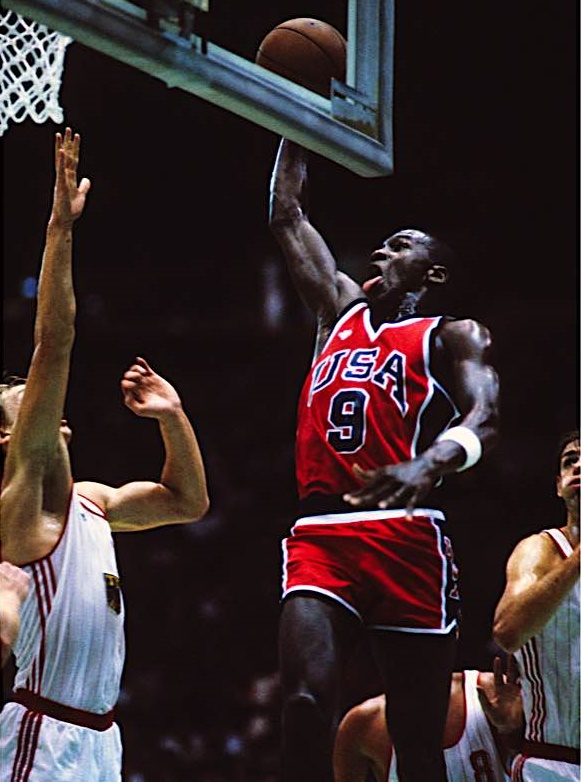 A basketball jersey worn by Michael Jordan at the 1984 Olympics has sold for more than $270,000 at Grey Flannel Auctions.

The photo-matched jersey – believed to be the earliest documented example from Jordan’s career – realized $273,904, making it the most valuable Michael Jordan basketball jersey ever sold.

The previous record for a Jordan gamer-worn jersey was set in 2015, when a Chicago Bulls road jersey from Jordan’s final season with the team in 1998 sold at Goldin Auctions for $173,240.

The sale comes hot on the heels of another record-breaking MJ auction.

Just two weeks ago, the pair of Converse sneakers Jordan wore in the gold medal match at the 1984 Olympics sold at Leland’s Auctions for $190,372 – setting a world record price for a pair of game-worn shoes.

For most athletes, winning an Olympic gold medal marks the peak of their career. But in Michael Jordan’s case, his career hadn’t even begun before he found himself on the podium.

Having made a name for himself as one of the stars of college basketball with North Carolina, Jordan was picked third in the NBA draft by the Chicago Bulls before the 1984 Olympic Games began.

He then headed to Los Angeles, with a team of amateurs that also included Patrick Ewing, Chris Mullin and Sam Perkins.

Team USA swept to victory with an 8-0 record, averaging 95.4 points per game.

It would be the last time an American team of amateurs would win the basketball gold, although in 1992 they were victorious again – this time with a ‘Dream Team’ of professional NBA superstars.

Jordan personally averaged 17.1 points throughout the 1984 tournament, as he announced himself to fans on an international level.

Following the tournament he returned to Chicago for his rookie season with the Bulls – and the rest is basketball history.