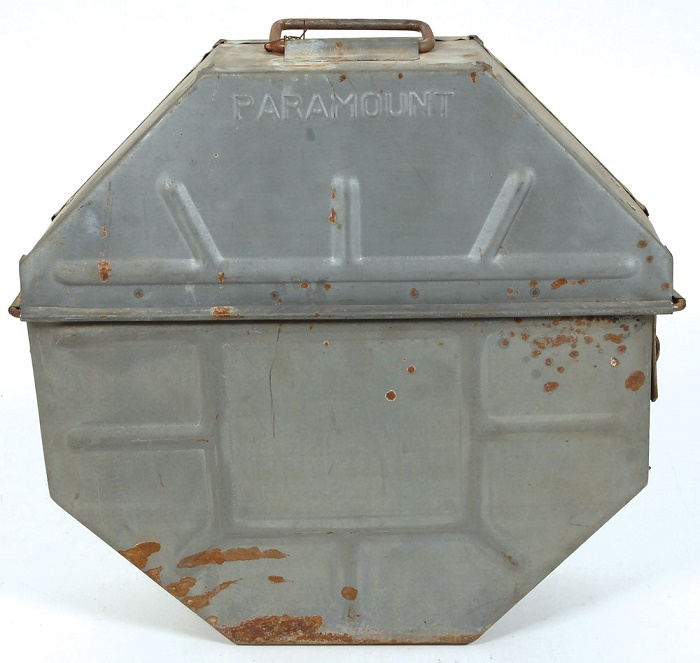 Two original film reels from Mario Puzo’s personal copy of The Godfather are up for sale at RR Auction.
The unique items from the author’s personal collection are amongst a number of Godfather-related lots in the Boston auction house’s current Pop Culture sale.

Although Puzo initially adapted his own novel along with Coppola, it was the director who claimed final rewrite duties and the pair argued about the direction of the film throughout production. Puzo was banned from seeing any footage until the film’s premier, but was later gifted a copy of the film to watch at home.

Decades later, these two original canisters containing the film’s first 40 minutes were discovered in the attic of Puzo’s former home by its new owner. Described as "a remarkable offering of celluloid history", the film canisters come with an estimate of $5,000+.

The sale will also offer a unique collection of behind-the-scenes footage, filmed during production on The Godfather at the Norton family estate on Staten Island’s Emerson Hill, which served as the screen home of Mafia boss Vito Corleone.

The fascinating film documents how the Norton family saw their home transformed by the production crew and spent weeks living in the midst of a movie set; candid moments between Francis Ford Coppola and his crew; and the daily routines of stars like Al Pacino, Marlon Brando, and Robert Duvall.

As a unique document of the film’s production, the footage is being sold from the Norton family collection with the full copyright, and is expected to fetch more than $15,000.

Further notable lots for Godfather fanatics will include a pair of oversized cue cards, used by Marlon Brando (who famously never learned his lines) during a scene between Don Vito Corleone and his son Michael (Al Pacino); a set of original blueprints used by the production team during set construction of some of the film’s most famous locations; and even pieces of prop wall from the famous opening ‘Wedding’ scene.

Packed into 45 banker’s boxes, the archive featured manuscripts, working drafts, research material, notes and letters covering all of Puzo’s ten novels, along with a variety of movie screenplays, written across half a century. Offered as a single, remarkable lot, the historic collection sold for $625,000.

Bidding in the current sale closes on June 26.