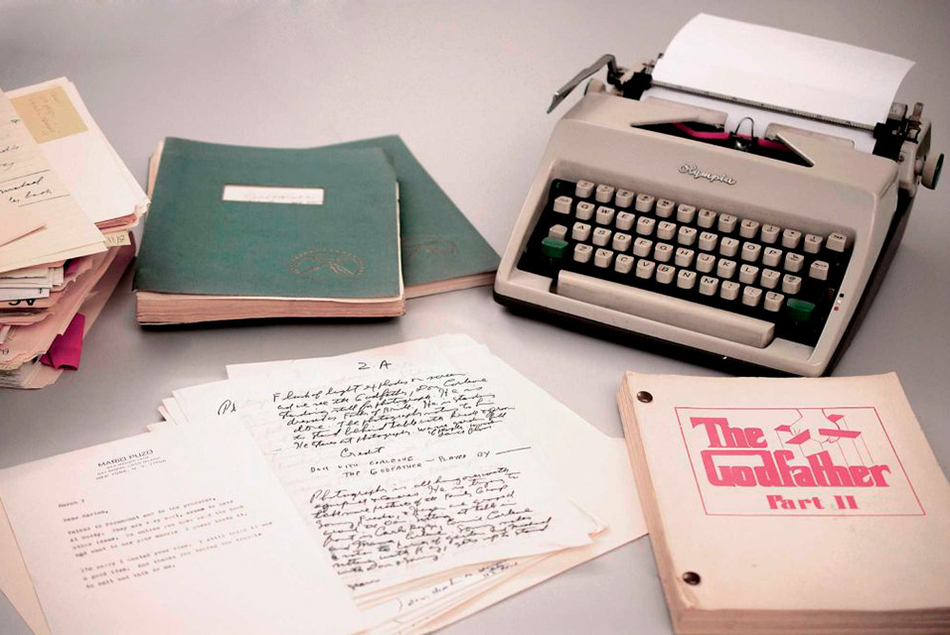 An archive featuring the life’s work of Godfather author Mario Puzo has sold at auction for $625,000.
The collection of manuscripts, working drafts, research material, notes and letters spanned Puzo entire literary career including 10 novels, from his 1955 debut The Dark Arena to his final novel Omerta, published in 2000.

Organized in 45 banker’s boxes, the archive was sold as a single lot by the Boston-based RR Auction and had originally been valued at $400,000.

The standout material from the archive related to Puzo’s bestseller The Godfather, which later became one of the most celebrated films in cinema history.

This included an original 744-page typed working draft manuscript of the novel, then titled ‘Mafia’, complete with numerous hand-written amendments, along with the large storyboards Puzo used to track the complex storylines of his characters.

The collection also included nine different drafts of Puzo’s Academy Award-winning screenplay for the 1972 movie adaptation, along with hand-written dialog and notes for the film and it’s two sequels, all directed by Francis Ford Coppola.

In addition, the archive also featured Puzo’s work on the screenplays for Earthquake, Superman and The Cotton Club.

“It’s is a rare glimpse into the mind of the author of two of the most iconic Films of the 20th Century,” said Robert Livingston, Executive VP at RR Auction. “The archive covers his entire literary career and provides extraordinary insight into his artistry. We are honored to have been selected by Puzo’s estate and couldn’t be more thrilled with the results of the sale.”