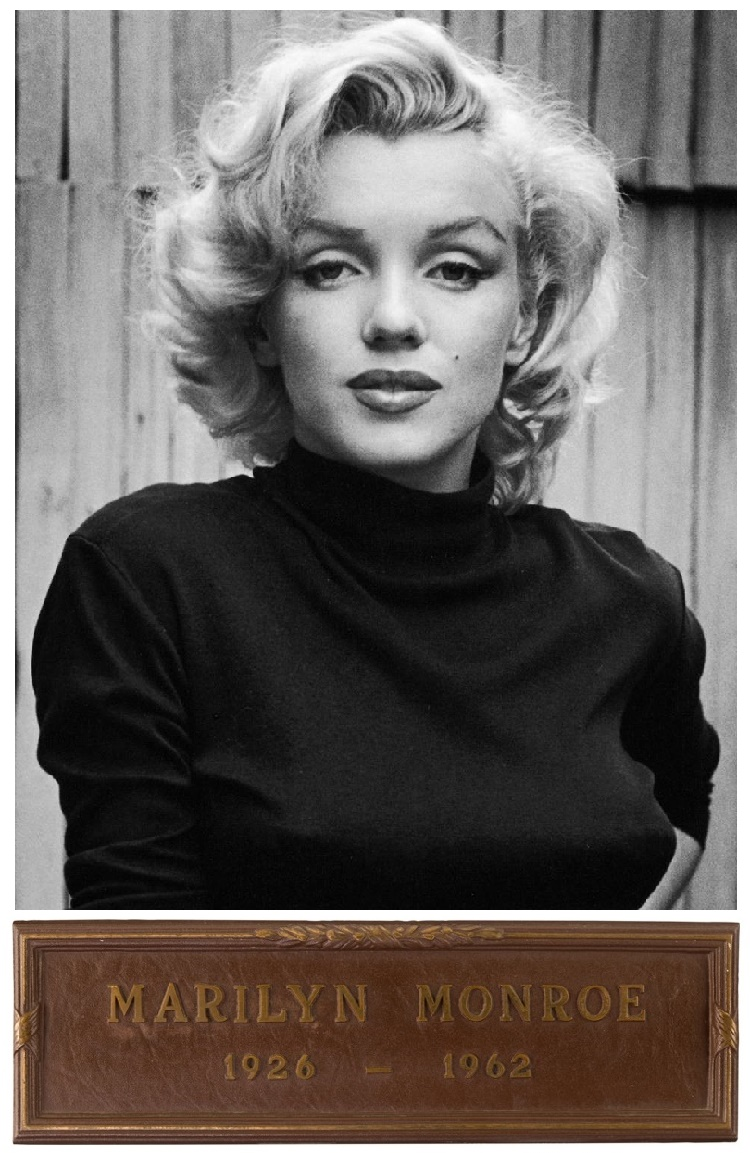 A plaque which once marked the grave of Marilyn Monroe is heading for sale in Dallas, as part of Heritage Auctions’ latest entertainment memorabilia sale.
The solid bronze plaque is painted brown with a simple gold decorative border, and is marked simply "Marilyn Monroe / 1926-1962".

Since Monroe’s death in August 1962, her final resting place has become a popular destination for fans from around the world.

Thousands of visitors make the trip to pay their respects at the Pierce Brothers Westwood Village Memorial Park Cemetery in Los Angeles, California, wearing down the plaques in the process.

The plaque offered at Heritage Auctions was removed and replace in the mid-1990s, and has remained in the collection of a cemetery employee for more than 20 years.

Another highlight of the sale will be a collection of Steve McQueen memorabilia, which includes the actor’s personal, annotated screenplays from his most famous films; a hunting knife; a lasso used on-screen in the 1980 film Tom Horn; and even his antique bicycle, hand-painted by custom king Von Dutch.

Elsewhere, the treasure trove of celebrity memorabilia will include a pair of Michael Jackson’s stage-worn aviator sunglasses from the 1984 Victory Tour; a Mexican tourist I.D card twice-signed by John Wayne; a dress worn by Elizabeth Taylor on-screen in Cleopatra; and several rare movie posters from the private collection of Bruce Willis.