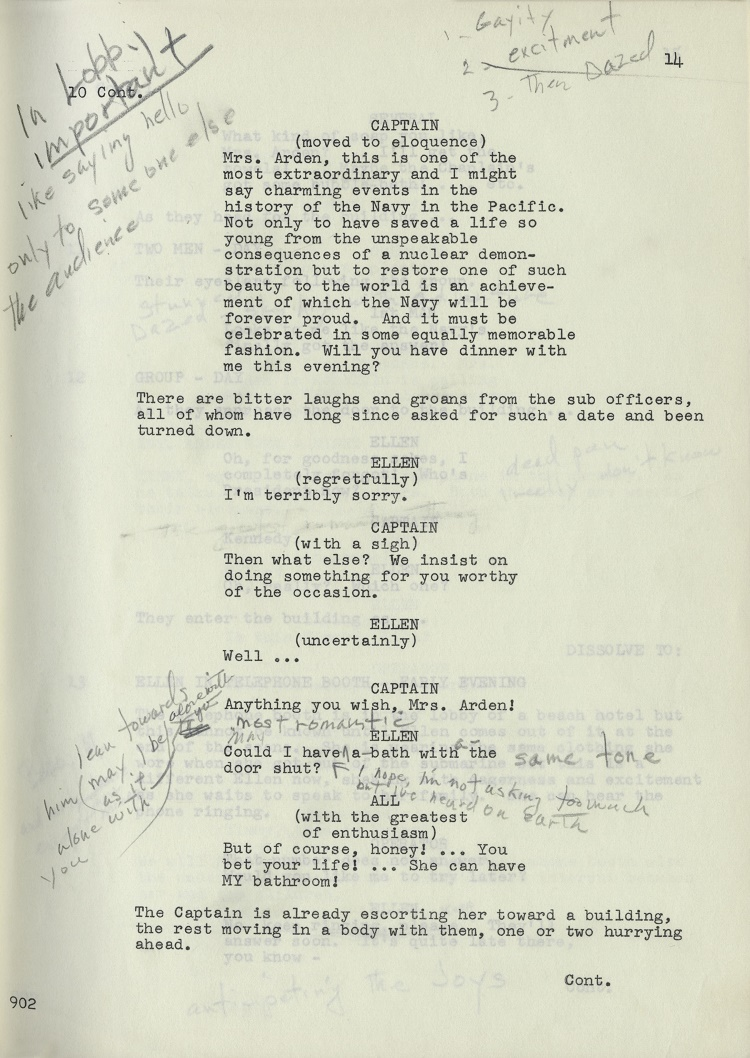 Marilyn Monroe’s personal script from her final film role will be offered for sale this week by U.S auction house Nate D. Sanders.
In 1962, following a year away from movies, Monroe was hired to star in ‘Something’s Got To Give’ alongside co-stars Dean Martin and Cyd Charisse.

She played a woman who returns home after five years stranded on a desert island, to discover her husband has remarried and that her young children no longer remember her, in a remake of the 1940 screwball comedy My Favorite Wife.

However, from the very start the production was severely disrupted by Monroe’s personal problems, including a severe sinus infection which delayed filming from the first day on set.

To aid publicity for the film, Monroe was even famously photographed during a skinny-dipping scene in which she swam completely naked, but further delays and rewrites pushed it far beyond its schedule.

Monroe was eventually fired from the film by studio heads at 20th Century Fox, who were concerned about the constant setbacks and under pressure as another of their films, the epic Cleopatra, was expensively spiralling out of control at the same time.

However, leading man Dean Martin had final approval on his leading lady and refused to continue filming without Monroe. She was eventually rehired, but tragically died before production could resume.

The unfinished film was later reshot as ‘Move Over, Darling’, starring Doris Day and James Garner, and the original footage remained unseen by the public until the 1990s.

Monroe’s copy of the script features extensive handwritten annotations, showing that despite her troubles, she remained focused on her character throughout the stuttering production.

It features her thoughts on specific line readings and her character’s motivations such as:

”Stunned / Dazed – sky high with adventure”, ”dead pan/I really don’t know”, ”anticipating the joys”, ”Trying to think or remember”, ”start to wonder what’s from now on”, ”I don’t know he knows”, ”easy/very intimate/very real”, ”[L]et me get into something more comfortable / leading him on -”

As a personal artefact from the very last days of Monroe’s career, the script offers a valuable insight into her acting process, and is expected to sell for more than $20,000.

Bidding in the online auction ends on December 15.