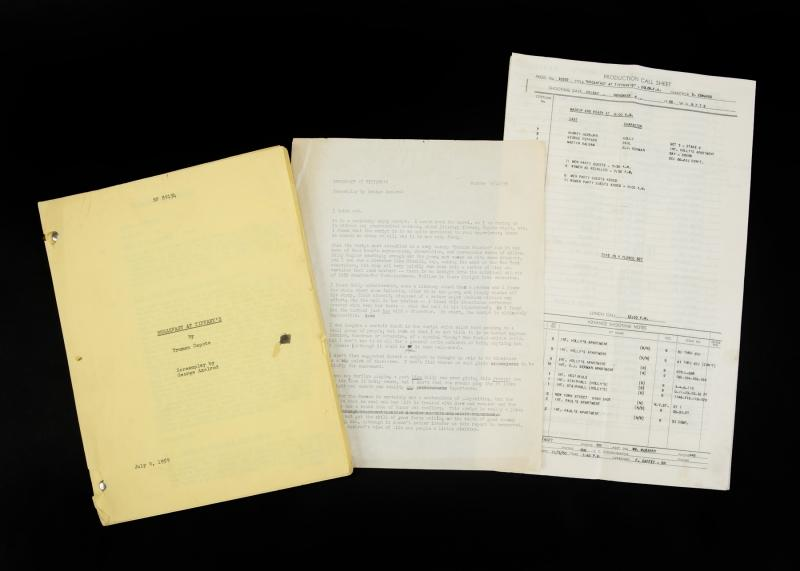 But it could have been very different, if the writers and producers had got their initial choice for the lead role.

Author Truman Capote had perfectly described the lead character of Holly Golightly in his novella, and stated "Marilyn was always my first choice to play the girl".

Then when Paramount Studios bought the rights to the story, and hired George Axelrod to adapt it for the screen, he was asked to specifically tailor the script for Monroe.

There was just one problem: when she received the script, everyone in her inner circle hated it.

According to legend, it was her acting coach Lee Strasberg who advised Monroe not to take the part of Holly Golightly, claiming that playing a prostitute would be a bad career move.

But the documents up for sale at Julien’s reveal that he wasn’t alone in hating the idea.

The copy of the script sent to Monroe is offered along with a report written by the renowned New York theatre director Edward Parone, who she had hired to run her production company.

Parone’s report is a scathing critique of the screenplay, which suggests in no uncertain terms that Monroe would be crazy to take the role.

It begins with the solitary withering line "I think not", and proceeds to tear Axelrod’s script to shreds, stating:

"I found Holly unbelievable, more a literary stunt than a character…I don’t find whores or call girls to be subjects chiefly for amusement…"

"I can see Marilyn playing a part like Holly and even giving this present one all the elan it badly needs, but I don’t feel she should play it: it lacks insight and warmth and reality and importance."

"I can imagine a certain touch in the script which might have meaning to a small group of people…but I don’t see it at all for a general movie audience as being anything but a puzzle."

In hindsight, Parone’s advice seems a little misplaced, to say the least. Today Breakfast at Tiffany’s is recognized as a true classic, and has a place in the National Film Registry.

Not only did the film earn George Axelrod an Oscar nomination for Best Adapted Screenplay, but Hepburn also received a Best Actress nomination for her performance.

Nobody knows how the film would have turned out with Monroe in the lead, and it’s almost impossible to imagine anyone other than Audrey Hepburn in the lead.

But as a curious relic of Hollywood history, the script offers a fascinating "what if?" that could see it fetch up to $10,000 on November 17.