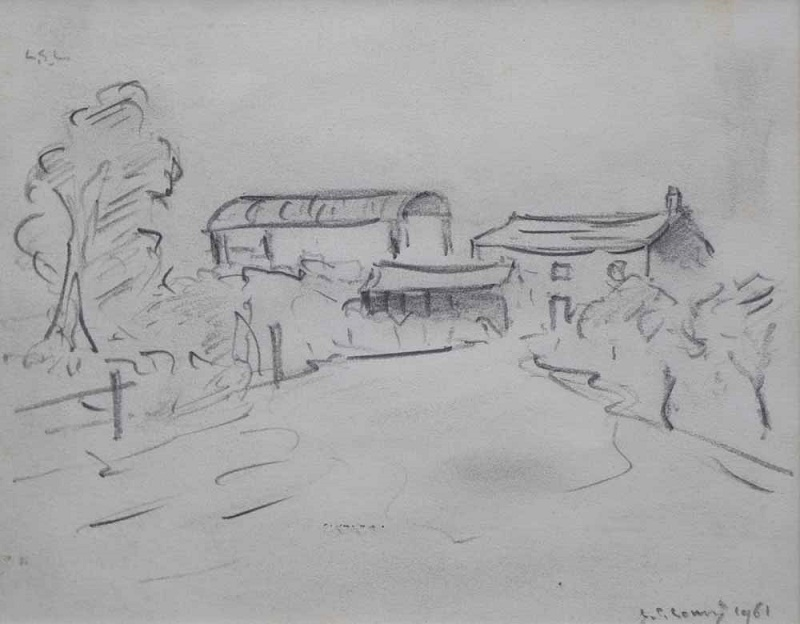 A work on paper by the celebrated English artist L.S Lowry will lead a forthcoming sale at Peter Wilson Fine Art Auctioneers.
Dated 1961, the pencil sketch depicts Clifton Moss Farm in Lancashire, just a few miles from the town of Pendlebury where he lived and worked for more than 40 years, and is expected to sell for £10,000-£15,000.

Further significant artworks on offer will include several by the British painter and sculptor Geoffrey Key, regarded as one of the most important ‘Northern Artists’, whose work has been exhibited around the world and has risen significantly in value in recent years.