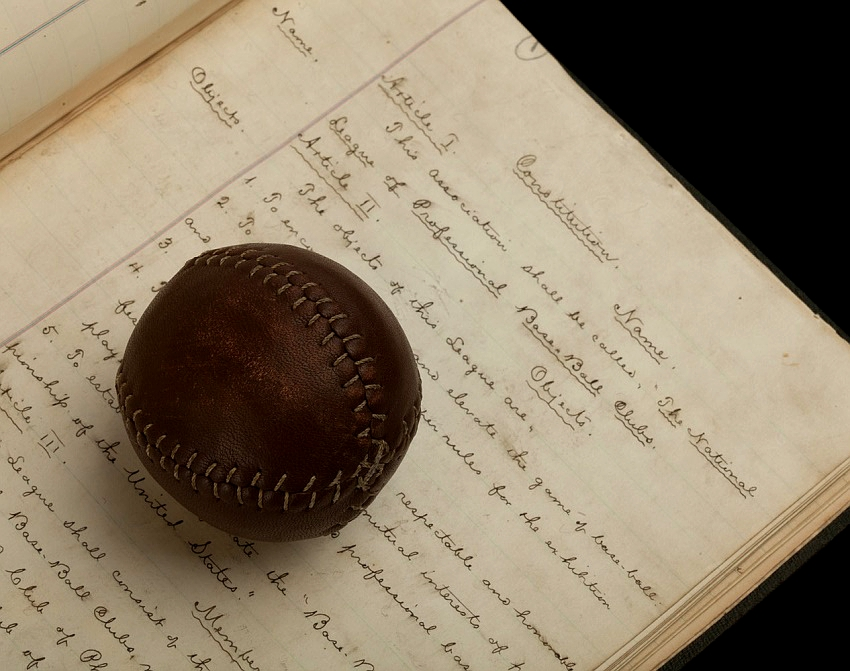 "This, the founding document of Major League Baseball, is a central piece of Americana, inaugurating an institution that would come to be a defining aspect of American culture," says Dan Imler, vice president of SCP Auctions.

The document was crafted by William Hulbert, owner of the Chicago White Stockings, during a landmark meeting of baseball luminaries at the Grand Central Hotel in New York on February 2, 1876.

The document sets out the objectives of the new league, which included:

"Nearly 150 years ago William Hulbert saw the future of what baseball could be," said Imler. "He set a new standard for the game and created a professional baseball league that has not only lasted, but has blossomed into a global institution.

Back in March 2016, SCP Auctions offered another historic baseball document -The Laws of Baseball, written in 1857 by Daniel Lucius ‘Doc’ Adams, President of the New York Knickerbockers Base Ball Club.

Regarded as one of the most important sporting documents ever sold, the manuscript set out the rules of the modern game, and sold for an incredible $3.26 million.

"We’ve sold some incredible baseball artifacts before – from Babe Ruth’s 1920 Yankees jersey for $4.4 million to Kirk Gibson’s 1988 World Series home run bat for $575,000 – but this artifact trumps them all," added Imler. "Without these documents, such objects would not exist."

Bidding in SCP Auctions’ Spring Premier Auction begins on May 24, and closes on June 10.