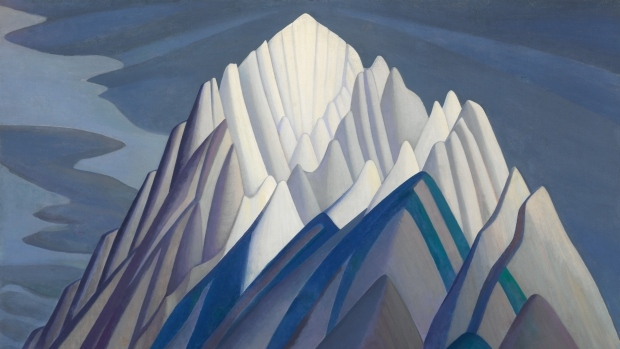 Lawren Harris’ Mountain Forms has broken the record for a Canadian artwork at auction.
The Group of Seven artist’s 1926 work sold for $11.2 million at Heffel Fine Art Auction House in Toronto on Wednesday.

That’s more than double its $5 million estimate and the previous Canadian art auction record – set by Paul Kane’s&nbsp;Scene in the Northwest, which sold for $5.1 million in 2002.

The 1.5 by 1.8 metre canvas depicts Mount&nbsp;Ishbel&nbsp;in the Canadian Rocky Mountains. It is one of the finest examples of Harris’ abstract realist works from the 1920s.

"It deserves to be the record Canadian&nbsp;artwork at auction worldwide," Heffel’s president, David Heffel, explained to CBC News following the auction.

Tom Thomson’s Sleet Storm sold for $1.5 million – a figure matched by AJ&nbsp;Casson’s Country Crisis. The latter is a record for the artist.

Heffel believes the auction is the beginning of a surge in popularity for Canadian art.

“I think we’ve burst through the 42nd parallel. It really has propelled Canadian art to a new international level,” he told CTV News.

"We’re really at the forefront now. It’s a whole new frontier for the international acceptance of our visual artists who are world class and can compete at a multinational level.”

Keep coming back to JustCollecting for further coverage of the finest in Canadian art.

Note: all prices in Canadian $.