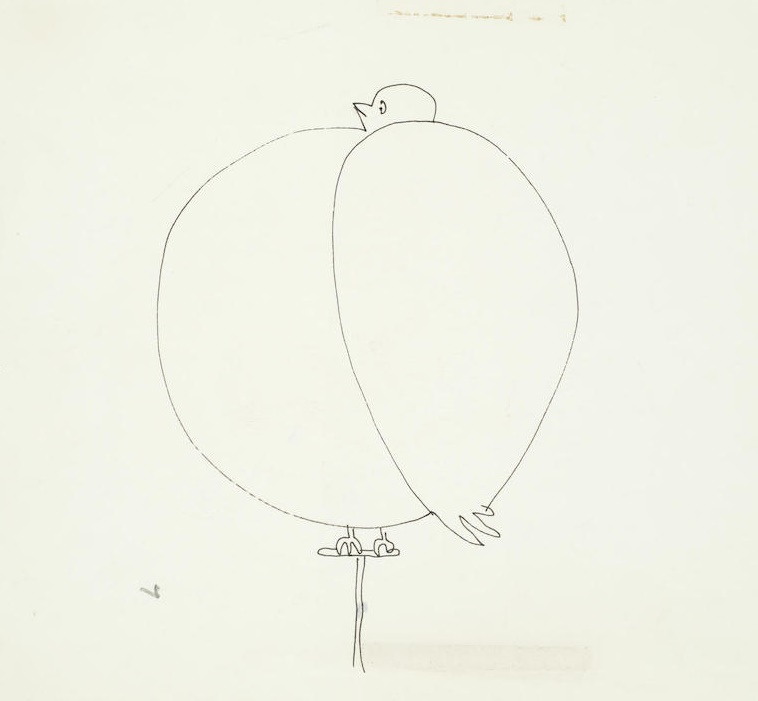 A famous sketch by John Lennon entitled ‘The Fat Budgie’ has sold for more than $30,000 at auction in the U.K.
Lennon drew the rotund bird as an illustration for ‘A Spaniard In The Works’, his second book of surreal stories and nonsense poetry published in 1965.

The poem featured Lennon’s imaginary pet budgie Jeffrey, which he takes for walks and feeds scrambled eggs with a spoon.

It included the verses:

"He’s on a diet now you know
From eating ear too much
They say if he gets fatter
He’ll have to wear a crutch."

"It would be funny wouldn’t it
A budgie on a stick
Imagine all the people
Laughing til they’re sick."

Following the publication of the book, Lennon donated the image to Oxfam to be used as on a charity Christmas card in 1965.

In 2007, to mark the 50th anniversary of their charity cards, Oxfam issued a reprint of the Fat Budgie card and Lennon’s widow Yoko Ono personally ordered 200 copies to send to friends.

It was Maschler who convinced Lennon to publish his work, resulting in the 1964 book ‘In His Own Write’ and the second volume the following year.

As a ‘thank-you’ for his help and encouragement, Lennon gave Maschler the original manuscripts and illustrations from the books.

These remained in Maschler’s private collection for decades, before selling at Sotheby’s in 2014 for a combined total of $2.89 million.