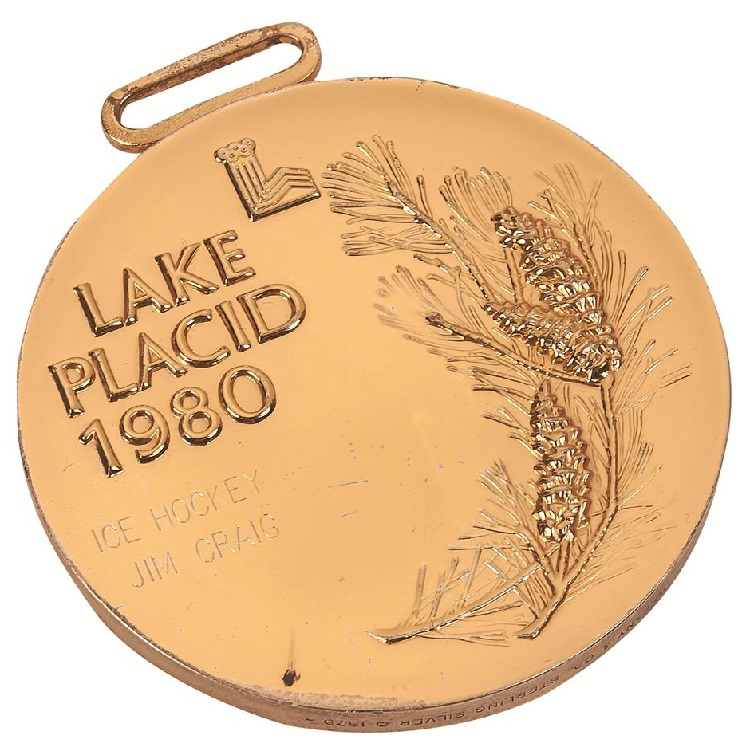 Miracle on Ice’ goalkeeper Jim Craig has placed his personal collection of memorabilia up for auction with Leland’s.
The sports memorabilia specialists will offer 17 items from Craig’s collection, including his Olympic gold medal, his game-worn jersey from the historic match and the Stars and Stripes flag he wore during post-match celebrations.

The ‘Miracle on Ice’ is regarded as one of the most iconic moments in U.S sporting history.

On February 22, 1980, an American team of amateur and college ice hockey players beat the all-conquering, undefeated Soviet Union team at the 1980 Winter Olympics, in one of the biggest underdog sporting victories of all time.

Craig was the team’s 22-year-old goalkeeper who played a major role in the upset, stopping a remarkable 36 of 39 shots during the 4-3 semi-final victory.

Four days later he helped the team win the Gold Medal, as they came back from 1-2 down to win 4-2 against Finland in the final.

“I’ve decided to sell my ‘Miracle on Ice’ collection so my children and grandchildren will be financially secure in the future,” said Craig.

“Additionally, proceeds from the sale will also benefit several charities that are close to my heart. Over the years I’ve loaned my Olympic memorabilia to museums and other venues so it could be accessible to fans to enjoy and it is my hope that whoever purchases this will do the same.”

The Leland’s online auction is now open for bidding, and concludes on June 17.