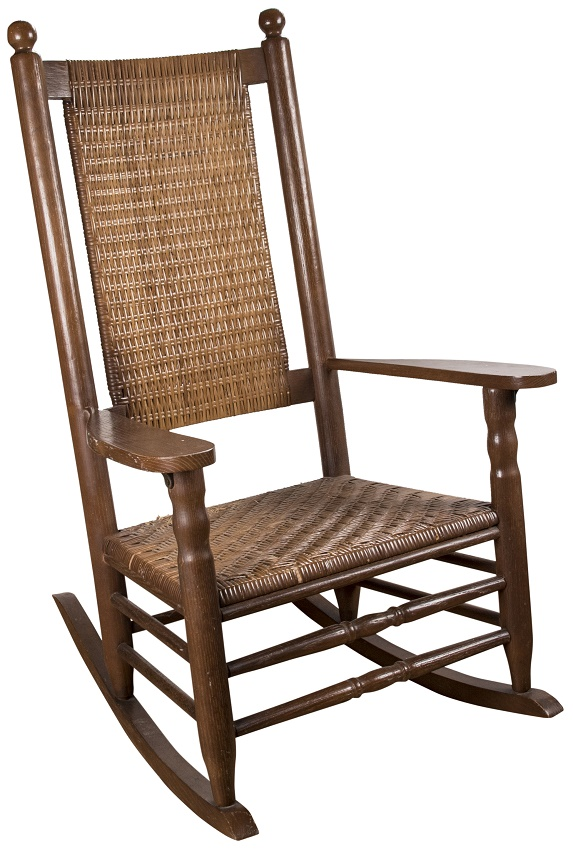 A rocking chair used by John F. Kennedy aboard Air Force One is heading for auction later this month.
Kennedy owned a series of rocking chairs throughout his life, to alleviate back pain, and the example offered at Goldin Auctions is believed to the last one he ever sat in before his death.

Kennedy’s back problems surfaced as a teenager, and were exacerbated by his heroics in WWII, when his boat PT-109 was destroyed by an enemy ship and he dragged an injured crew member to safety on a nearby island.

He spent the rest of his life struggling with chronic back pain which even surgery couldn’t fix. Eventually his physician, Dr. Janet Trevell, suggested he try using a rocking chair to alleviate the pain, and even recommended a model by the P&P Company of Asheboro, North Carolina.

Kennedy tried one out, then ordered a dozen examples to be installed in locations including the Oval Office, his suite at the Carlisle Hotel in Manhattan, his vacation home, the Presidential yacht U.S.S. Sequoia and Air Force One.

These rocking chairs are now amongst the most valuable and sought-after items of JFK memorabilia.

In 1996, during the landmark Jacqueline Kennedy Onassis estate sale at Sotheby’s, the chair used by Kennedy in the Oval Office sold for $453,500, and another from elsewhere in the White House fetched $442,500. Both had initially been valued at just $5,000 each.

Not only was the chair originally owned and used by Kennedy, it then passed to his brother-in-law Peter Lawford, the celebrated actor and card-carrying member of The Rat Pack.
Following Kennedy’s tragic death at the hands of assassin Lee Harvey Oswald, his family gathered in Washington to offer their support and condolences.

Jacqueline Kennedy asked Lawford if he would like a memento to remember his brother-in-law by, and he chose the chair from Air Force One – knowing it was likely the last one Kennedy ever sat in, on the morning of his death on November 22, 1963 as he flew from Carswell Air Force Base to Love Field near Dallas.

Lawford then kept the chair as one of his most treasured possessions, displayed in the game room of his Santa Monica home, where it sat completely unrestored for years.

The rocking chair comes complete with a letter of provenance from Lawford’s fourth wife Patricia, which also reveals that the damage to the seat was caused by none other than John Lennon during a visit to the house.

With superb provenance and a fascinating history, the rocking chair is expected to sell for over $200,000 when it crosses the block as part of the Goldin Auctions October legends sale, which ends on October 29. 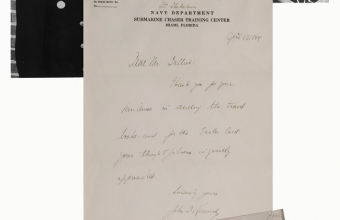 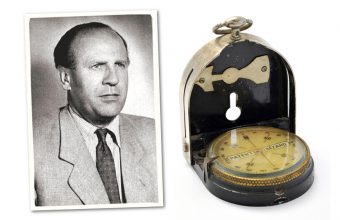 Oskar Schindler’s wristwatch and compass for sale at RR Auction